It’s finally patio season here in Kansas City and this Best of Show and Gold REMY winning patio is something to aspire to! From the stamped concrete floor to the groove cedar ceiling with both heater and a fan it has it all. We’re sharing how Kelly Summers worked with our clients to create a privacy pergola for the ultimate in outdoor living.

Our client had begun interior and exterior construction with another contractor that provided them with shoddy work was not working at their home consistently and had asked for more money for materials that “should” have already been paid for. With little recourse, materials lying in wait, and the house in shambles the client decided to stop the bleeding; fire their contractor, and begin anew. Having fallen victim to an unscrupulous contractor, finding someone they could trust was paramount! Both were anxious to move forward. After meeting with Kelly to discuss the design process and how project management would be handled, they were ready to engage to get things back on track.

The first challenge was permitting. We found after calling the City Permitting Office that no permit had been filed and no inspections had been done on the footings. The second challenge, would the City sign off on the client’s plans and issue a permit? And if they did sign off, could we build from the plans created, or would we have to start over? Thank goodness we were able to overcome these obstacles through collaborative meetings with the City, the client, and the original Architect. It was determined that the existing plan could be permitted and constructed from. Luckily the client had taken pictures of the footings which allowed the city to issue the permit and sign off on inspection of the concrete work to ‘literally’ get the project off the ground.

With the footings and concrete already done Kelly worked with our clients to put the design into the pergola. The pergola will be a detached structure, meaning not attached to the home. The original plan had a plexiglass roof system which unfortunately would not have provided the shade our clients desperately needed. Kelly helped the clients select a composite shingle roof that coordinated with their existing roof. This would offer the much-needed shade they were after as well as longevity. The new roof’s pitch allowed it to vault slightly above the existing roofline.

They decided to use a tongue and groove cedar ceiling on the underside of the roof. The same cedar was to be used to create a privacy screen using a horizontal plank effect. They would also wrap the columns in a veneer stone to add a contrast to the cedar and vertical interest. 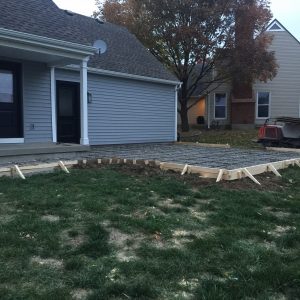 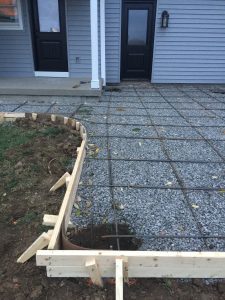 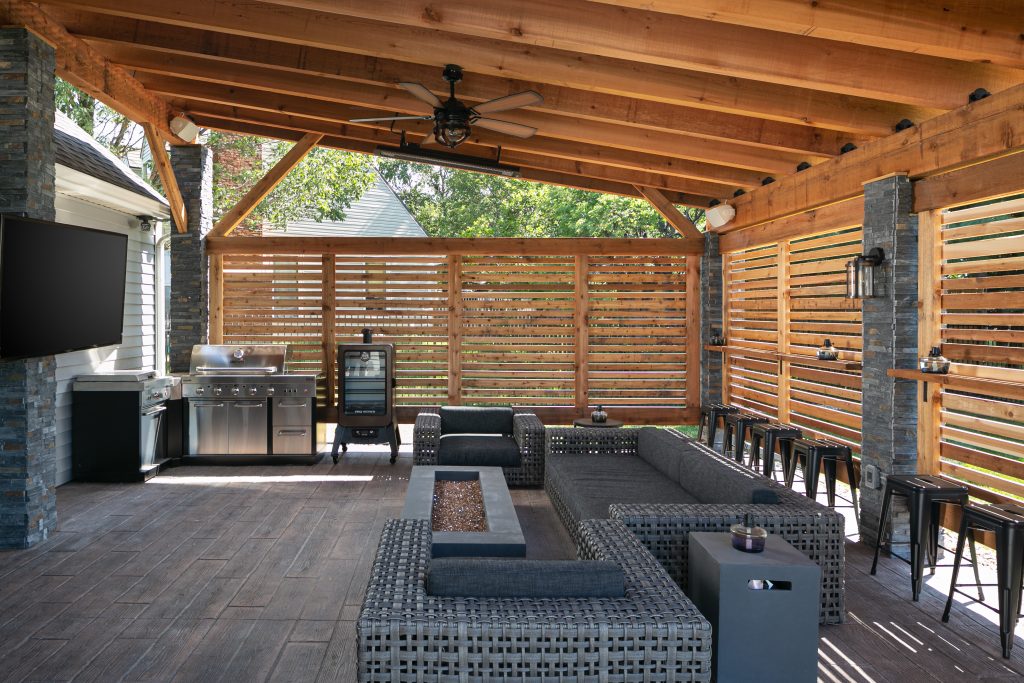 Chris Bradley and Don Richeson did a tremendous job making this patio and pergola come to life! The fabulous patio now has a seating area with a fire table and tv, a grilling area, and a small bar ledge along with the back privacy screen for additional seating. The mix of the red cedar beams exposed matte black hardware, and Sierra Bluestone are just the right contrast of textures and colors against the rust, stained, stamped concrete floor. 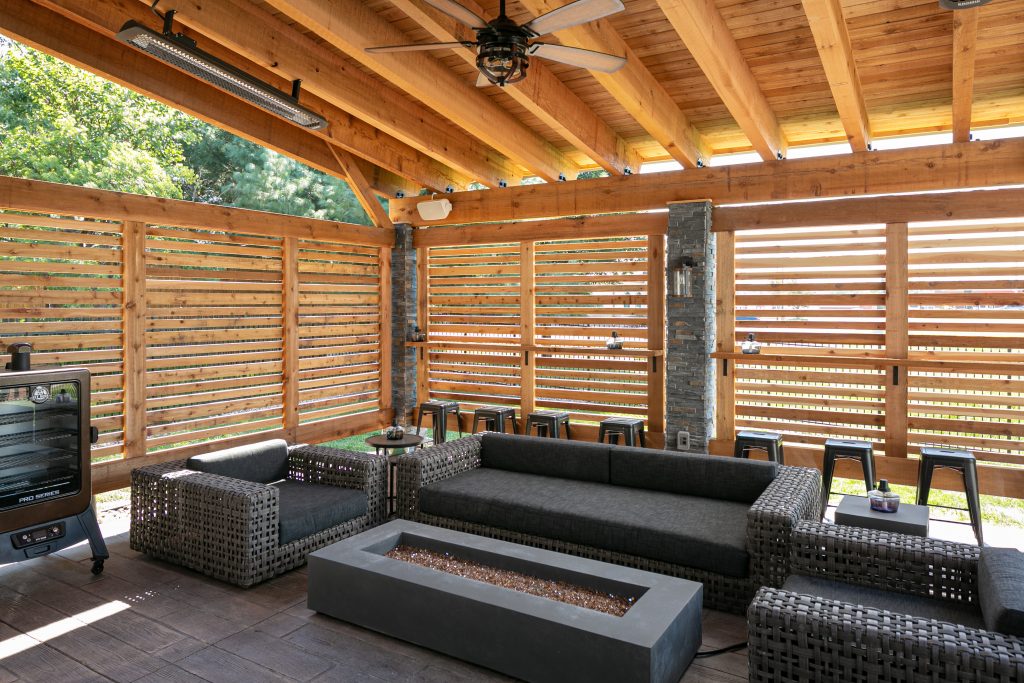 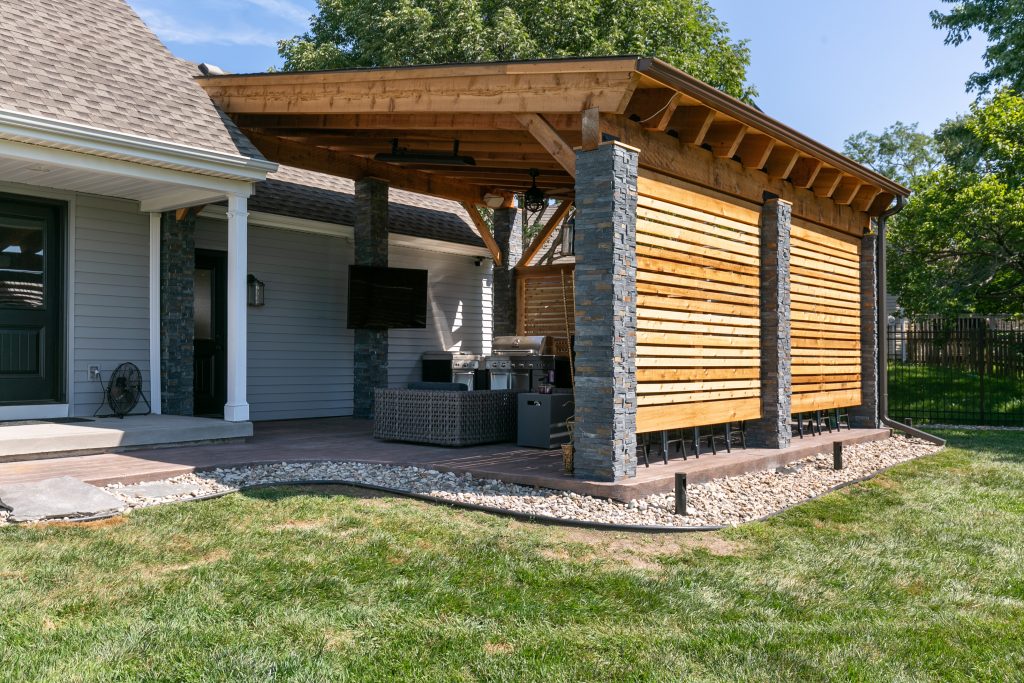 Our clients were beyond thrilled. A project they feared may never get finished was completed at the proposed time and they finally can enjoy privacy from the busy street behind their home while watching a game. They also have an outdoor place to relax and respite from the hot summer sun.