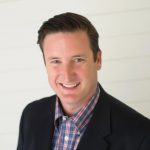 On our latest podcast episode, Brian Fleming of BF Real Estate Team joins us to discuss whether it’s time to move or improve. Brian isn’t just an expert in the KC Real Estate market, he’s also a bit of a celebrity himself having appeared on both Shark Tank and Wheel of Fortune.

When you speak with a homeowner and they’re debating should we move or should we improve our existing home? What do you do to help guide them in that decision?

As a realtor, I want to be the best fiduciary I can be for my clients and whether it is renovating, which wouldn’t include me or moving, which would, I just definitely want to make sure I put them in the right direction so that they know that I have their best interests at heart.

It’s really kind of a case-by-case basis. So just as if you were going out to look at 10 homes, you’re not going to like eight of them, you’re going to like maybe one or two and make an offer on that. So, it is really case by case. And you really have to get into the details of each home to understand if you should be renovating or if it’s time to cash out and move on and kind of maybe go to the next level up for a neighborhood.

How do you help clients decide financially, what makes the most sense to them?

Going back to what we just talked about and there being a lot of different components to this, one of them is what do you owe on your property? What are you going to put into your property and what will the property, in my opinion, or an appraiser’s opinion be? Comped out at, or what will it appraise for when that work is done?

Some people want to make the house how they want and don’t worry as much about the costs. They just want to make it the way they want it and they’re going to live there for 25 years. They’re really not that concerned about the cost component of it. So that’s kind of the mix. For the most part, if somebody is going to be spending $10, $20, $50, $100, $200, or $300,000 on a remodel, they’re definitely going to want to make sure that they’re safe putting their money in that spot. This is especially true if it’s being financed by a bank.

What is the capped value in your neighborhood?

When a client is getting ready to potentially sell their home do you suggest they renovate it or make improvements to that home before they sell?

That will come down to the ROI, the return on their investment. If it’s a bigger job that would involve a company like Schloegel Design Remodel then that’s obviously a bigger commitment. A smaller job where you may be improving a closet or painting definitely will bring a return and at that a larger return for your spend.

As you guys probably know in your line of work kitchens and baths are what sell homes. If your home is kitchen or bath deficient, even with the market being hot for sellers, you’ll be behind your competition.

So back to whether we move or improve, what kind of a value do people put on to kind of that intrinsic their attachment to their existing home?

It’s different for sellers and buyers, obviously, sellers, you know, they have a hard time emotionally. If they’ve been in that house a long time, they’ve raised their kids in that home, or they have great neighbors can make saying goodbye tough. If you were in a home for two or three years, your emotional attachment probably isn’t as much as somebody who spent 20 years at the back of a cul-de-sac with the same five neighbors.

So, if they’ve reached out to me and they’re ready to sell, obviously they’ve gone through the emotional roller coaster. Now on the opposite side of things, for buyers, when you see a seller’s disclosure and it says somebody has been there for 20 years, then I recommend writing a letter. The letter tells them we see how well they have loved this home. I see the photos of your family on the wall. We hope to raise a family in this home to things like this, let them know that the baton is being passed to somebody who’s going to be a good steward of the home. That it’s not going to be theirs anymore in ownership, but for certain it will still be in their hearts.

So those are the kinds of things that you have to be aware of as an agent. And that’s kind of how it is on both sides of it. You have to recognize as a buyer that the seller is probably emotional and perhaps sad based on the fact that we know that they’ve been there for this long. And you have to kind of, you have to massage that a little bit. It certainly helps.

Talk to us a little bit about deciding whether it’s a good time to sell. What does the real estate market look like today?

If you are downsizing, for example, and you don’t need to go out and buy anything right now, there’s probably never been a better time in my lifetime to sell your home. On the buyer’s side, we just find ourselves being a little more patient. Previously we were used to nearly every time you wrote a contract you got the home or at least went into negotiations. Now it’s a little bit more competitive and you have to get a little bit more creative when you’re presenting offers. You need to make yourself stand out from what is pretty crowded pack right now. It is definitely tilted towards the sellers. There’s not enough inventory on the market to meet the demand of how many buyers are out here right now.

The pros and cons of improving versus moving

Best of both worlds Moving & Improving? Not always. It’s somewhat frustrating when people go and buy a home and it has granite or something that’s a little bit dated, but still is hanging in there and looking okay. You almost wish they had Formica countertops. So, then you are forced to get rid of it and do it over. It’s a delicate dance of, should we renovate, or can we wait and this whole deal and renovate. If you renovate at your own home, you’ve lived in it, you understand what’s annoying about it because you’ve been there. As opposed to a new home that you maybe need to stay in for six months or a year, and then renovate.

You know as much as I hate to say it, it can be probably cost-prohibitive.  Renovating is not cheap and it depends on how big of a job you’re doing. You also have to live through the construction. At the end of the day, you’re still left with the same, if you’re not adding on, home. If size was the issue, you could be left with the same amount of square footage that you have. It’s much nicer at that point and updated, but if your square footage needs to grow through the years, then you’re still could be out looking for a home.  If, if this house doesn’t fit what you need from a size perspective.

You could go either way based on square footage. On one side you may be downsizing since the kids are gone. Or you can be going up in square footage because your family is growing.  Basically, you can go ahead and find a home that maybe has everything that you want from a floor plan perspective.

Everybody, even people who have just recently moved get wandering eyes and it’s like, why are you cheating on me? That’s what the house is saying because I take care of you. I keep you warm. I keep the rain off your head. And here you are out looking around on realtor.com cheating on me. Everybody gets wandering eyes for their homes. But, if you do get those wandering eyes, then it’s time to go. And we’ll figure out a new spot for you to be.

Where am I going to go? With the current market, this is one of the cons to moving, if you don’t have somewhere else ready to go. Moving can be stressful people, especially those who have been in their homes for many years, accumulate a lot of stuff. And for some people packing and moving is literally one of the worst things they’ve done.

But you have to look at the positives on that side of things too. It’s a nice time to purge and get rid of the stuff that is weighing you down. Another reason that moving con is that you might not find exactly what you want. You might not have it at your current home and you still might not have everything that you want at your new home. So, sometimes when you’re trying to help buyers it’s a compromise, you’ve got to give up a little bit to get maybe something else that you would rather have. Whether that be a huge kitchen, hearth room, or primarycloset. It’s a little bit of a give and take. And that’s pretty much always true unless you’re building a completely custom home, which the majority of us are not.

Look for future episodes on Apple, Spotify, Google, or Stitcher. We’ll also make sure to share each episode right here on our blog.