Our client’s second-story deck was a safety hazard with its missing tile. Our clients wanted to remove all the old tile and replace it with a new, to give the deck an updated look and make it safer. Troy Stout helped them select their new tile and a few other updates. Unfortunately, as the project kicked off, we uncovered more than any of us could have guessed. The good news, our Handyman Services Team pivoted available team members to get the deck fixed the right way. 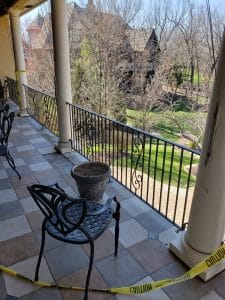 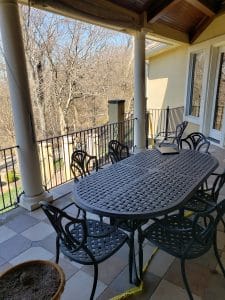 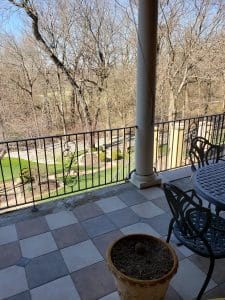 Earle Neale started work demolishing the stucco above the back porch and immediately noticed an issue. The large deck support beam had extensive wood rot and damage which was a large safety risk. The Handyman Team reassessed the entire project and put together a new plan to tackle it.

With the new plan in place and team recruitments called in. Earle and Judd Galloway set up a temporary wall to hold the weight of the deck so they could properly replace the support beam and fix the piers. 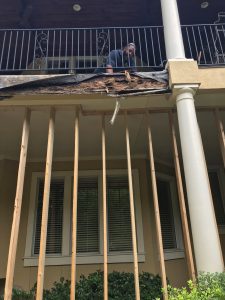 They also demolished all the tile on the deck, which was a feat unto itself as the tile was laid in a 2.5” mortar bed. Can you imagine the weight on that deck?! 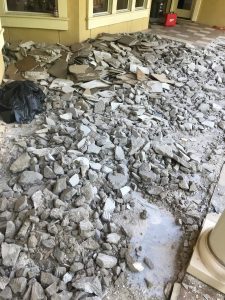 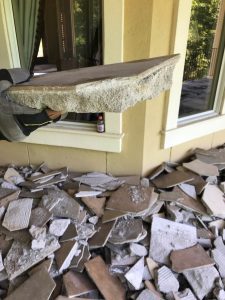 Thomas Schauffler and John Burgress tackled removing the railings. They also split the columns from the metal posts. This again uncovered issues. The metal posts were all rusted and had begun to sink. 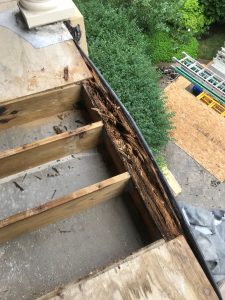 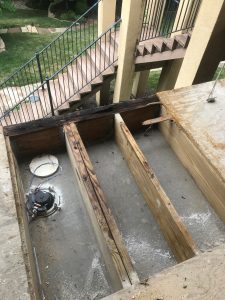 The team created a temporary upper wall to keep the structure safe. Then they jacked up the deck 3 inches and again found an issue. The existing piers were set up on blocks and weren’t supporting the deck properly.

Next, they were ready to start the work on actually repairing everything. The team started by replacing the metal piers which required they had to drill down 18 – 22 fee for proper support! They then poured concrete so they were ready for new steel posts. They also installed the new support beam. With all the new posts on both the upper and lower portion of the deck and the support beam installed they could remove the temporary support walls. They also could re-attach the stairs to the support beam.

Finally, the finishings! They installed the columns around the posts. The team reattached the deck railing and laid the new tile. It didn’t turn out to be a simple deck update but it was worth it, knowing our client can enjoy their beautiful deck safely! Way to go Handyman Team! 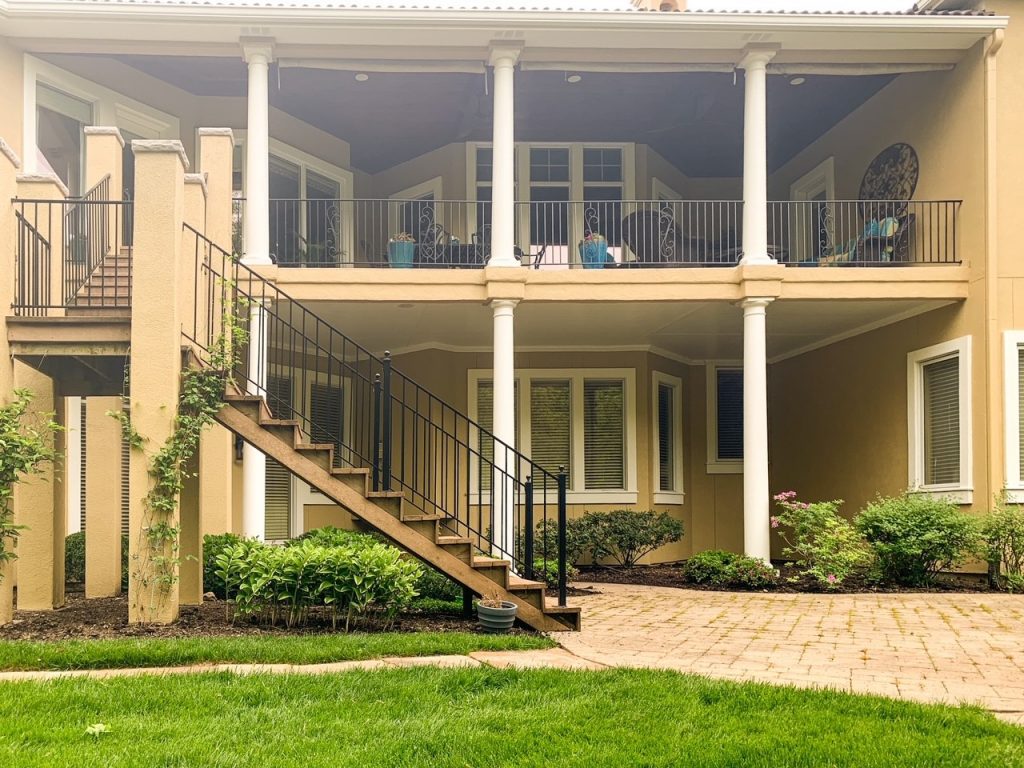 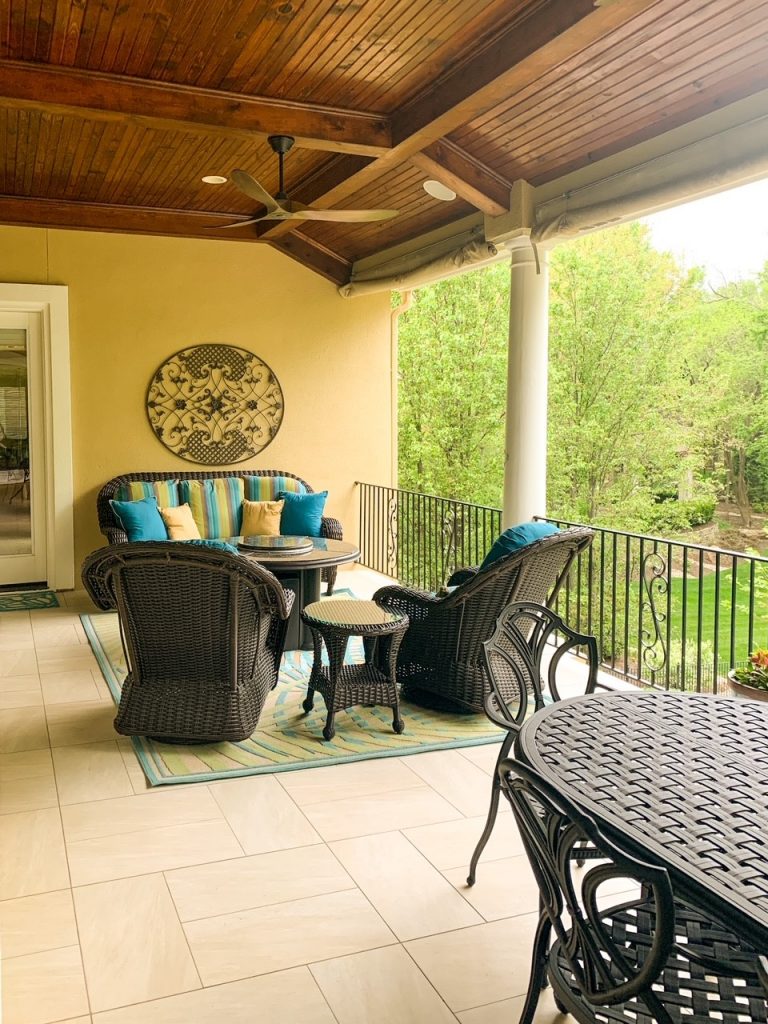 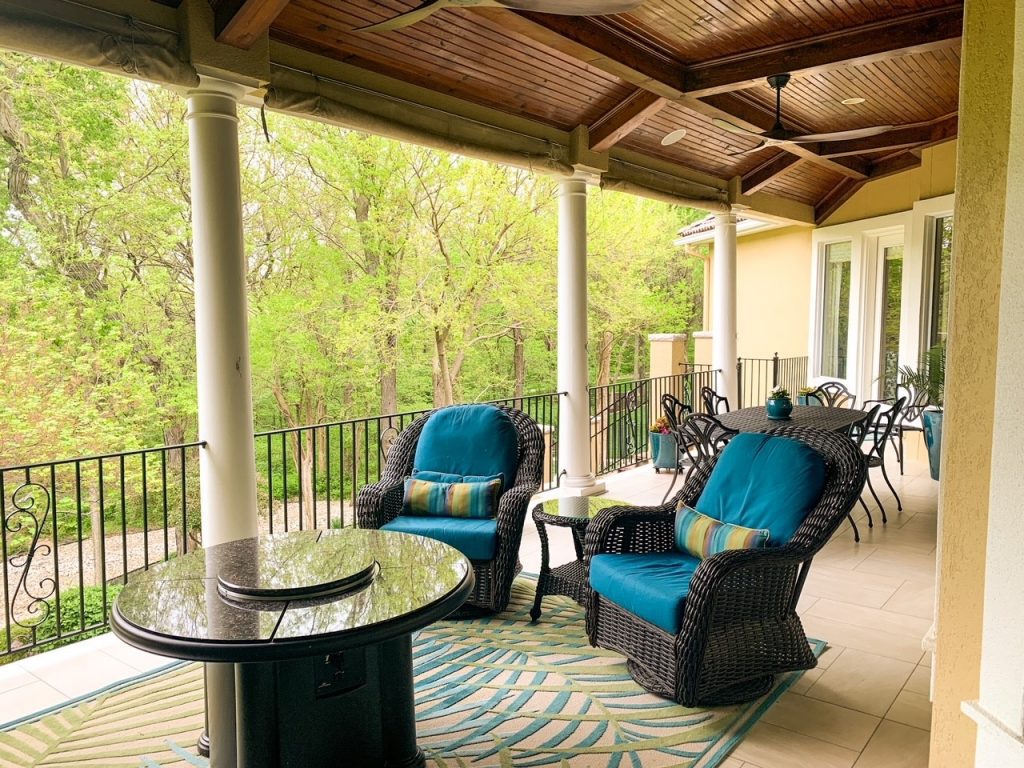 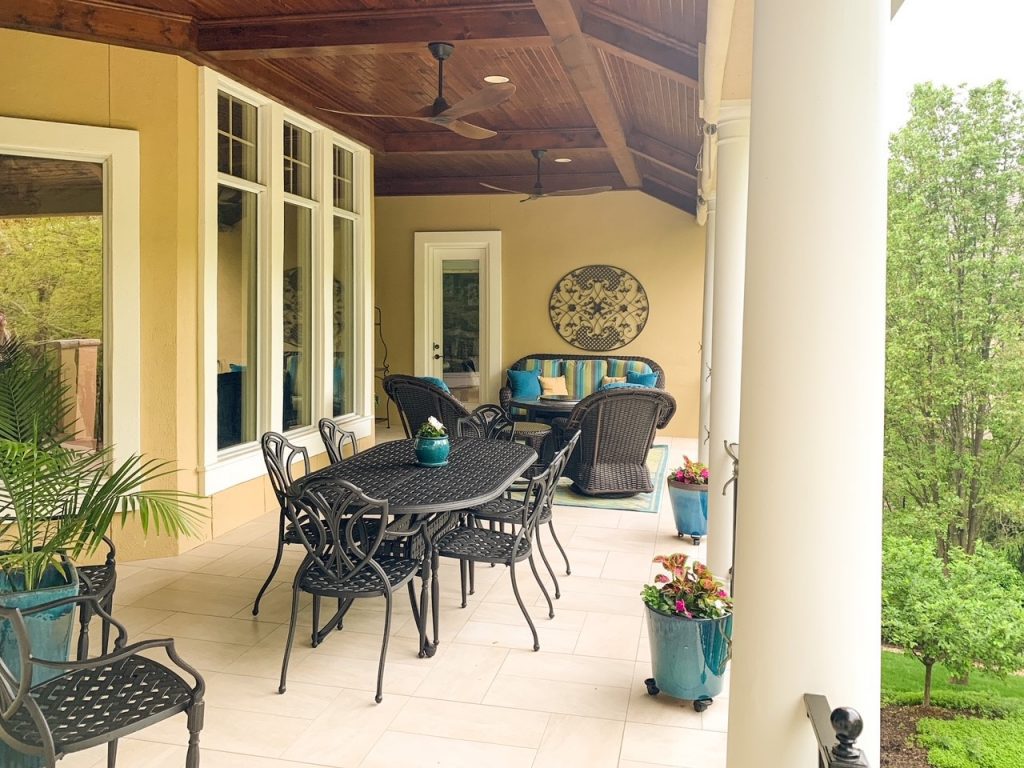 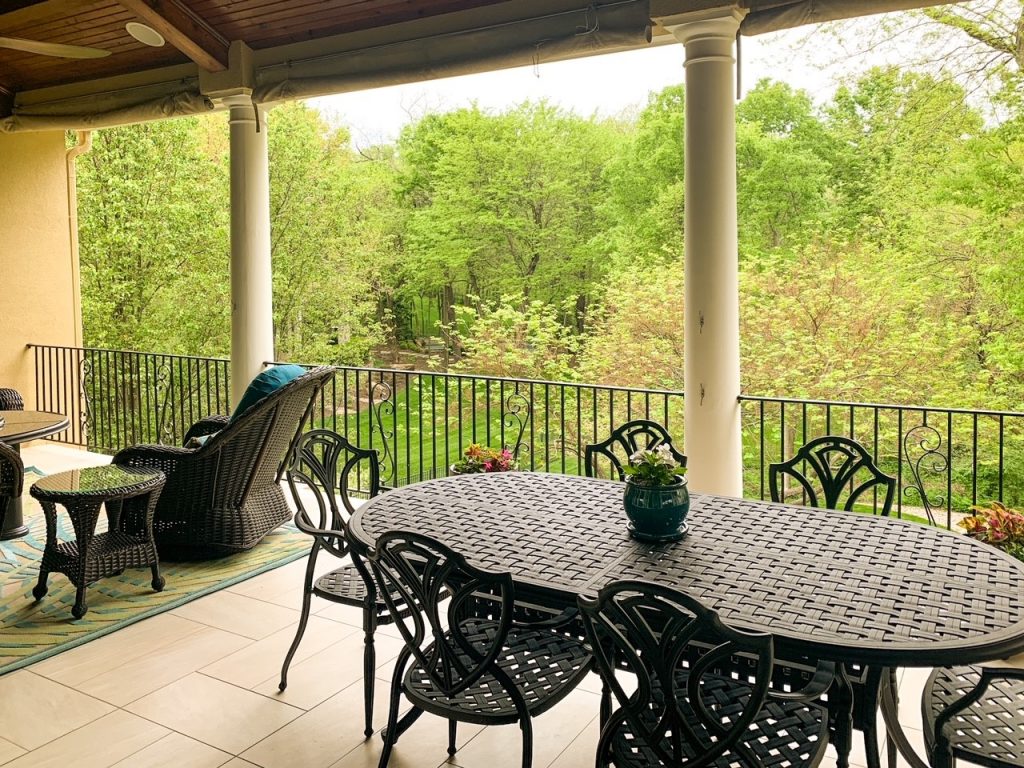 Looking to tackle a few of the outstanding repairs at your home? Our Handyman Team can help. Contact Us to get a quote.

Welcome to another episode of the Schloegel Design Remodel Podcast. Today I have Lindsay Brungardt of END_OF_DOCUMENT_TOKEN_TO_BE_REPLACED

As we know, remodeling can be very expensive, especially in today’s world, and sometimes figuring out END_OF_DOCUMENT_TOKEN_TO_BE_REPLACED

In this episode, we welcome Megan Pittman. Megan is a designer at M. Sudermann interior design END_OF_DOCUMENT_TOKEN_TO_BE_REPLACED

On our latest podcast Donna Kirsopp, CKBR joined us to discuss how she designs outdoor spaces. END_OF_DOCUMENT_TOKEN_TO_BE_REPLACED