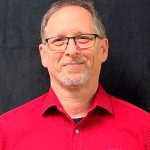 On our latest podcast episode, we welcomed Jason Wright, the founder, and owner of Jason Wright Electric, Kansas City’s premier electric provider for over 25 years. When it comes to solving electrical issues in your home look no further than Jason Wright and his team!

We’re going to start with what is a short circuit. I hear that a lot. I don’t really know what it means.

A short circuit is easy. It is electricity that is going to ground unintentionally. So, it’s basically electricity is going somewhere where it shouldn’t. It is causing enough current flow to shut off an overcurrent device somewhere. Maybe that’s a circuit breaker or fuse. If you take two wires that are not supposed to be touched together and touch them together, that’s a short circuit and it’s going to spark and it’s going to trip a circuit breaker.

What does a ground wire do?

In a normal, 120 volts, or you got three wires. And I’ll simplify it. You got a hot wire that brings power to it, and then you have a white wire and that is the return path to the source. So, the black and the white wire is what makes the circuit go. Like a light bulb. It has to have power coming to it.

And it also has to have of reference point pointing back to that source so the light bulb knows that there’s power there. Like you see birds sitting on the power lines outside. Nothing happens to them because there’s no reference back to the ground. Technically those birds, when they are setting on those lines they’re electrified. Now, if that bird was able to touch that wire and the ground or a ground wire, they will get vaporized.

As long as they don’t touch anything else, they don’t know that they’re electrifying because it doesn’t have any reference. So that white wire is the reference point that points back to the earth ground or the transformer neutral.

And that says, okay, this light bulb works because we have 120 volts. Difference of potential at that light bulb. I know that’s a big word, but that just means the light bulb sees there are 120 volts, so it’s going to work. In a residential circuit, there’s usually a black, a white, and a bare wire or a green wire is just for safety.

What’s a GFCI outlet and do I need them in my home?

Aa GFC or GFI or a GFCI do the same thing. GFI is short-term. It technically stands for a ground fault current interrupter. So, they’re easily defined by most of them having a test and a reset button right on the face stuff and occasionally they will shut off. A lot of things can cause them to trip. Sometimes problems cause them a trip, but otherwise close proximity, lightning strikes will cause them to trip some system and bow. We call them ghost trips, they just trip because they’re sensitive and they feel like something’s going wrong. So, they shut off.

My plug won’t stay in my outlet, can you explain what that is and what should I be doing there?

Point blank inside those outlets, they have like a spring tensioner. So, when you plug that blade in there, it actually grabs a hold of it. It wears out over time. You just need to have your electrician change out that outlet. As a professional electrician, I would never recommend a homeowner does electrical work because there are some subtleties that can happen. And there’s a lot of safety concerns because even though you go downstairs to the panel and shut off that breaker, that’s labeled living room. It doesn’t necessarily mean it goes to everything in the living room.

There could be two or three breakers at beat stuff in the living room. You know, there are people out there that have changed devices and they worked fine when they got done.

What if your outlet plain old doesn’t work?

That can be a lot of things. It can be anything from a loose connection on that outlet or a previous outlet that’s on that circuit to a bad breaker, to something going wrong in the panel. That’s not something you can answer in a short answer. That can be a very simple thing to find, and it can be finding a needle in a haystack.

Our team members have tracers with them that they can plug into an outlet that’s not working. They trace with a high level of accuracy where that wire goes from there. Sometimes finding the issue can be a game. I’ve looked for stuff for hours before.

What is an arc fault?

An arc fault is similar to the GFI, the ground fault. We have a new device that’s called an arc fault, current interrupter, or an AFCI, and believe it or not, there’s a lot of technology crammed in this. So, it is actually a circuit breaker that is monitoring that wire and looking for arcs or sparks if you will.

So, there’s a defined signature. If you will, when a spark or an arch occurs it almost gives a defined pattern on that circuit, that breaker consents that, and it shuts off the circuit before there’s enough current flow to create a fire. It is sitting there monitoring the circuit, looking for things that will cause fires.

Why do my lights flicker?

There’s a couple of three different things we’ve got to think about. Is the flickering light, just kind of blinking it off and on rapidly? A lot of times that is why we have that issue with the new led lights. That you’re trying to dim and they’re not designed to be dimmed, or there’s an incompatibilities issue between a dimmer and that led bulb that’s, that’s a big issue and it will continue to be a

Even if the dimmer and that led bulb is working great together because of the relationship, any type of voltage fluctuations coming in from the power company, you see more on that bulb. This isn’t bad because your house will accept about a plus or minus 10% difference in electricity coming in. You can see a two or 3% with your naked eye, so you can see it a lot quicker than it’s a problem.

How do you know when it’s time to upgrade your electrical?

That’s a loaded question because that can mean everything from the wiring in the wall, to your electrical service and a lot of stuff in between. So first there comes a point in time where the wiring in your wall is just worn out. It’s worn out because it’s old and the insulation on it gets brittle over time and it loses its insulating properties.

There is still wire from the 1910s that is still in service, you touch it and the installation falls off of it. It’s well past its life expectancy. They say 40 or 50 years is its max life.

There are a couple of things to consider, in the late sixties, we started running that third ground wire. Before that, you only had two wires which makes everything work, but it doesn’t give you all the safety components of it. So, if you have a house that’s built in the fifties, you probably still have the old two-pronged outlets without the third ground hold off. And if you don’t, you shouldn’t or you should. Because that means somebody took out the old two-prong outlets and put regular grounded outlets and that could potentially post some safety concerns under the right circumstances.

When it comes to the breaker panel in the basement or in the garage or wherever it is. They do fail. They do go bad. And a lot of times they just go out of production and you can’t get the parts for them. There is no rule of thumb. There is no code on when you should replace those. Many people recommend changing them out after 30 or 40 years.

If there are no breaker spots left in your box that doesn’t necessarily mean that service is too small. It just means that you don’t have enough spots to put breakers. Now, chances are, if your service was put in the fifties and it’s the original service, it needs to be upgraded. Because everything’s old and keep in mind the parts of a breaker that actually protect you, move. And they have grease on it and make sure they move well. After 60 years, that grease is hard as a rock and the breakers don’t move.

I was in a house this week doing a walkthrough with one of the designers that we work with a lot. The customer wanted me to shut off their main breaker to see if their generator would fire and the main would not shut off because it was bad. They had no idea. So that’s the problem with stuff when it gets old and there’s no way to verify if this stuff actually works or not. There is no test or you can hook up to your panel in the basement to see if all your breakers are good,

Do I need to regularly replace smoke detectors and carbon dioxide detectors?

The National Fire Protection Association says carbon monoxide detectors need to be replaced every five years. The sensors in them fail. The code requires those to be outside of every sleeping area. That is in the hallway outside of the bedroom. If you have bedrooms on more than one floor, they need to be outside of each bedroom area.

Listen to the podcast for all the details and more information. Look for future episodes on Apple, Spotify, Google, or Stitcher. We’ll also make sure to share each episode right here on our blog.