It’s week 4 of my (Amy Girard) kitchen addition project and this week it’s time to start demolition but I’m also going to share framing and roofing. In actuality, it’s a four-and-a-half-month remodel and we are currently at the tail end of it. Many of these steps definitely took longer than a week but at the end of the day, we all want to see the finished project! Missed how it started, check out Week 1, the design in Week 2, or setting up a temporary kitchen in Week 3.

First up, removing everything. As I mentioned our remodel includes an addition to enlarge the kitchen and new floors in the family & dining rooms. Joe Meagher, Ryan Waters, Trevor Gariety, and Kris Worden tackled the demolition over a few days. 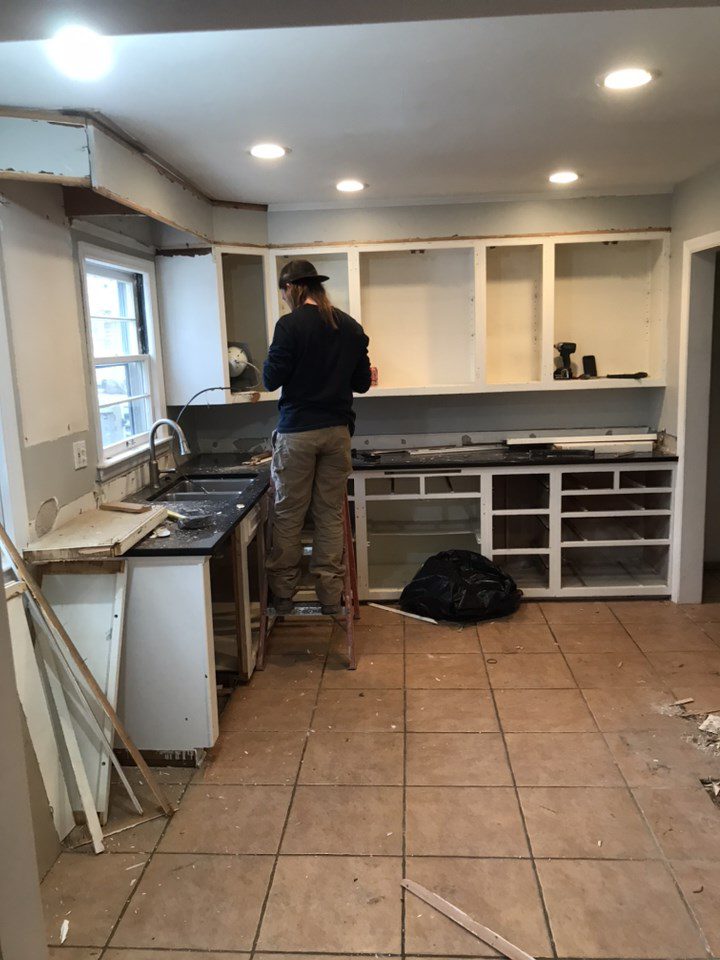 They would have been done in just two days but our 1952 home had a surprise. The floors were originally laminate tile. Rather than take them out someone laid a second layer of laminate over them. Then again rather than rip out the old someone installed the large format tile we’d had for the past 10 years. Want to guess how they were installed? If you guessed glue you’re spot on. My fantastic team worked tirelessly to get each piece up and finally ended up renting an electric floor scraper. Let me tell you the years of old tile and glue smelled terrible and probably didn’t help the air quality in our home. 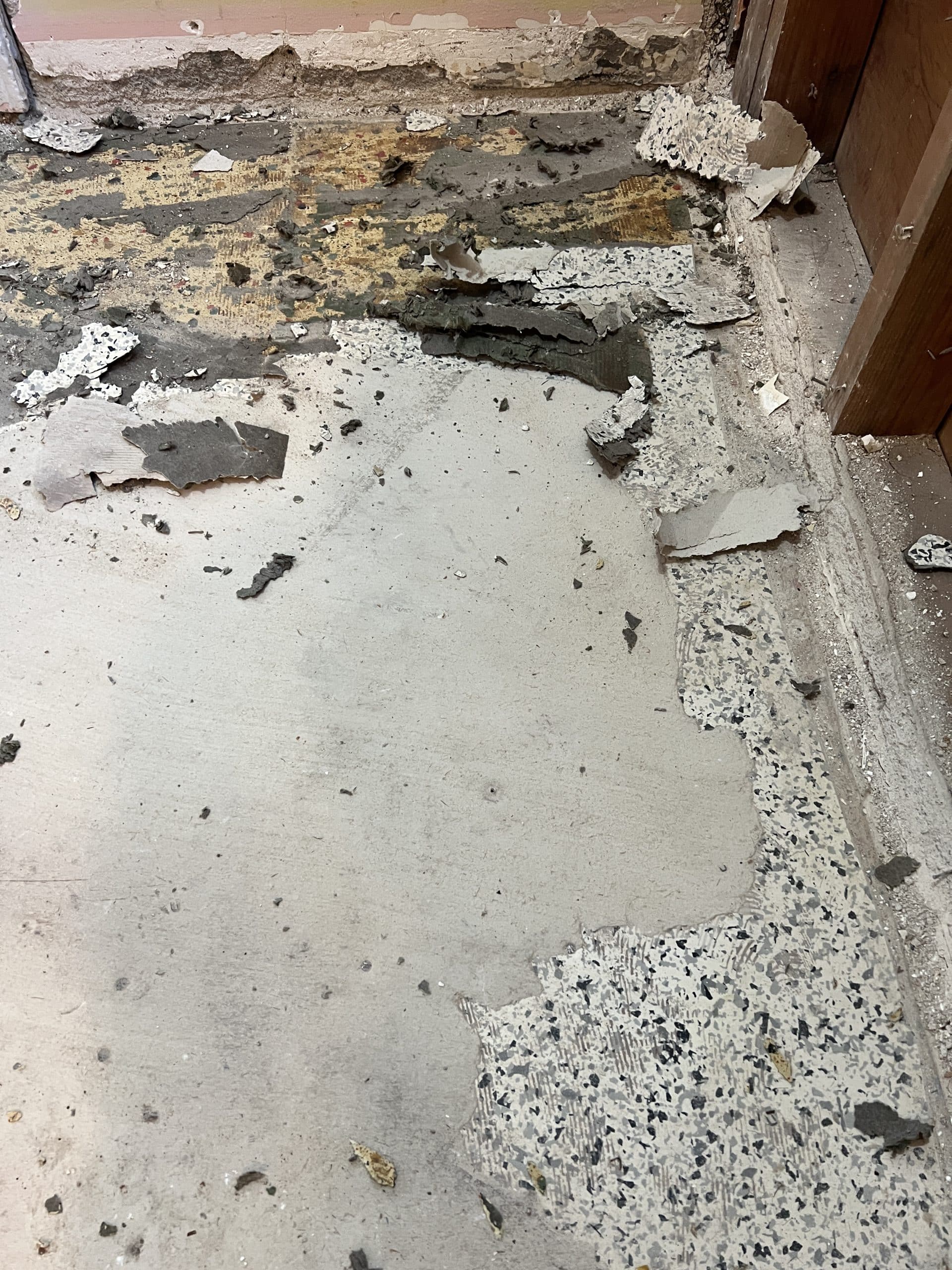 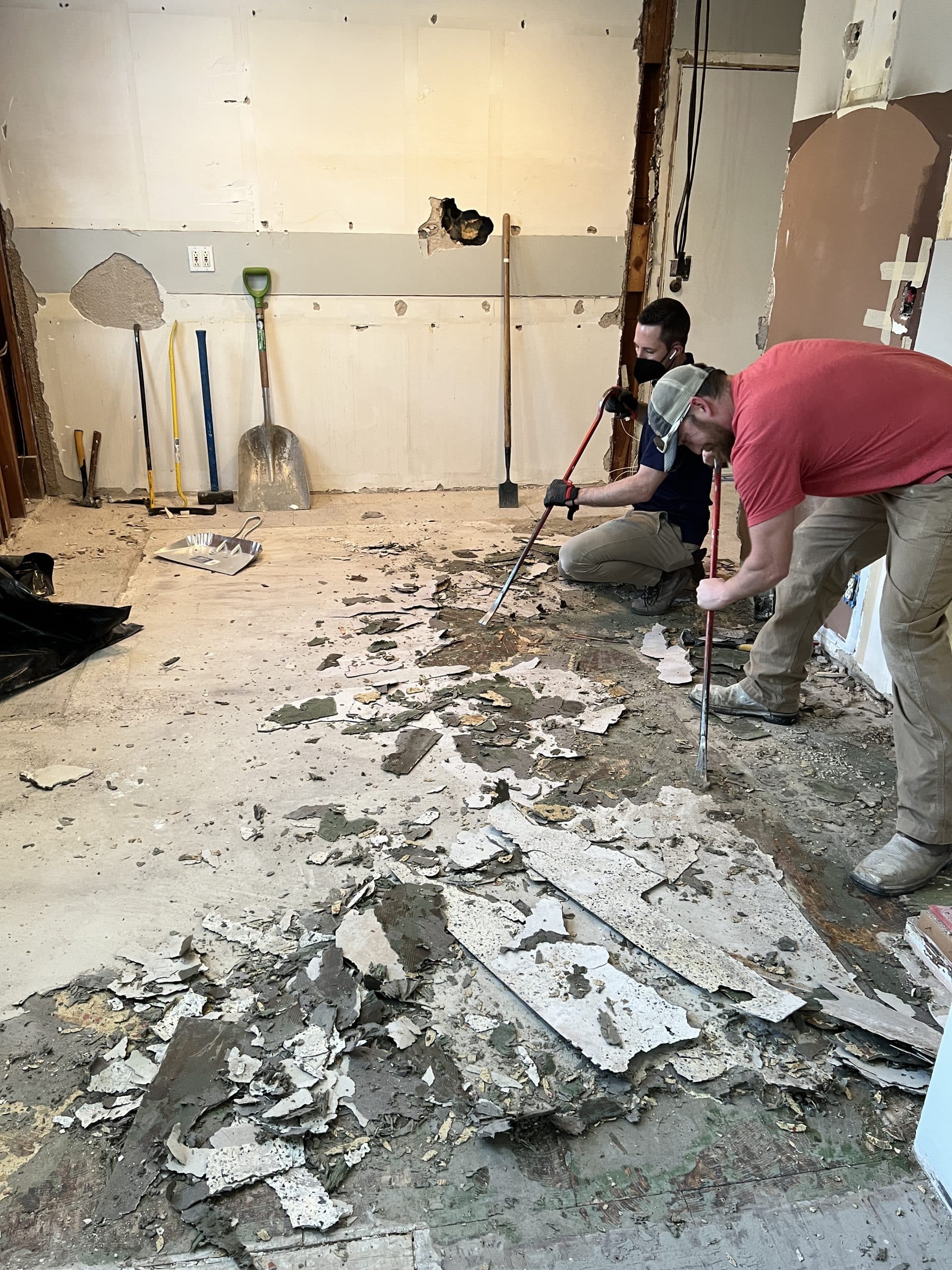 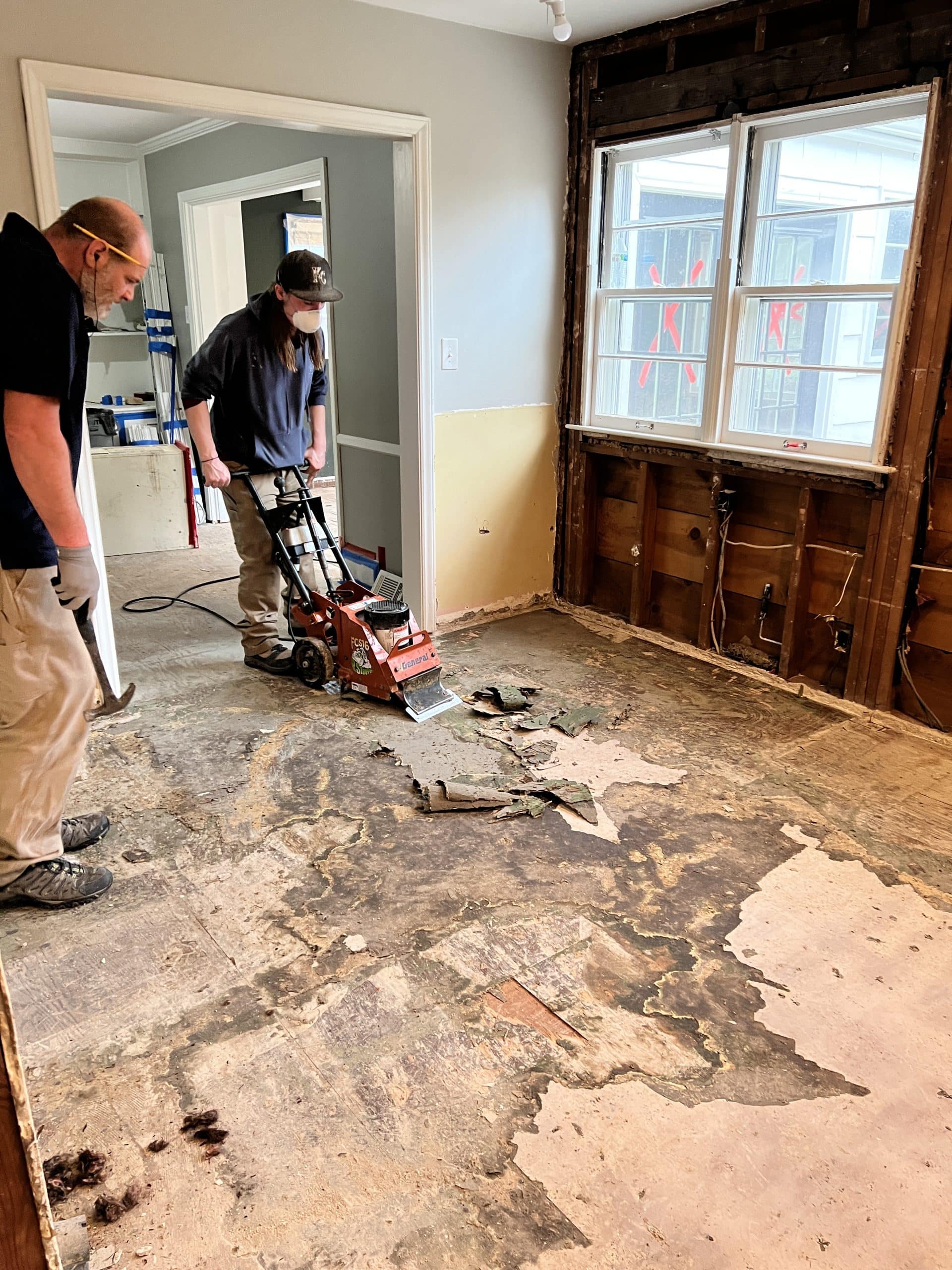 This is a cautionary tale. When you remodel or install something new in your home do it the right way. Take out the old and replace it. Eventually, those shortcuts will catch up to you!

After demo, it was time to dig the foundation for our addition. Professional Concrete Services excavated and poured the concrete. The foundation would be a craw space accessible through our basement and would go where our patio was. Our kids thought the hole was an awesome playground. 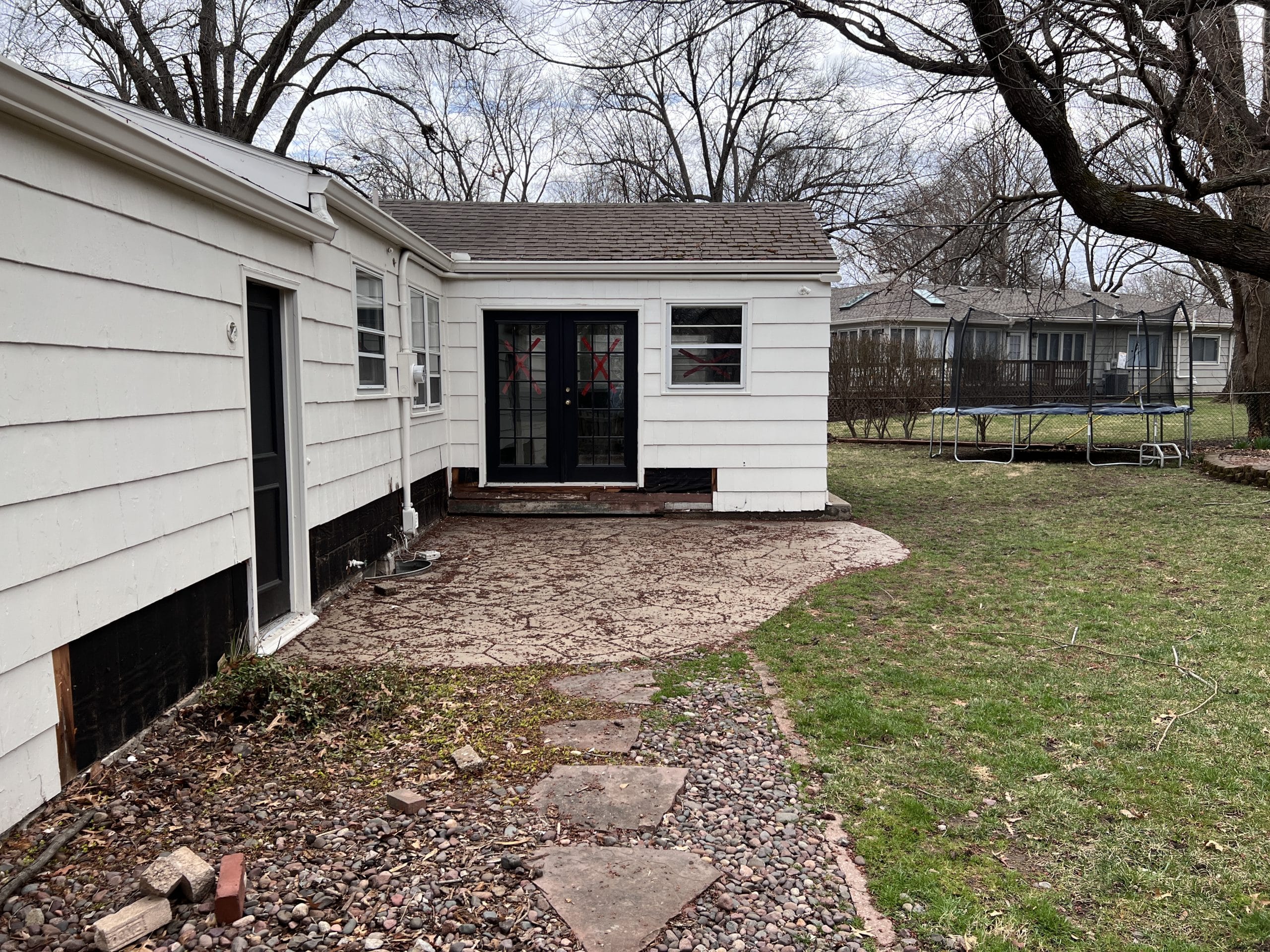 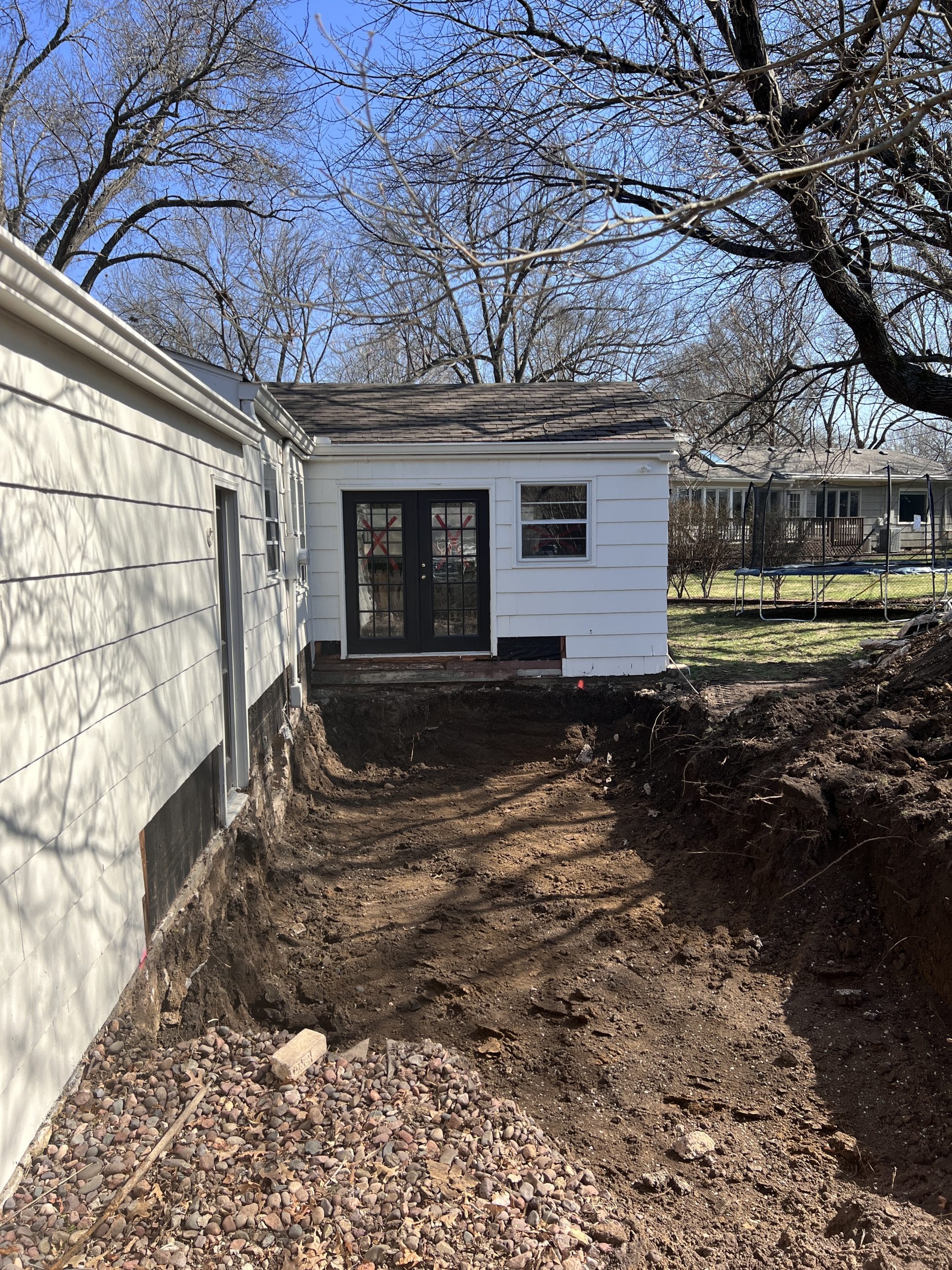 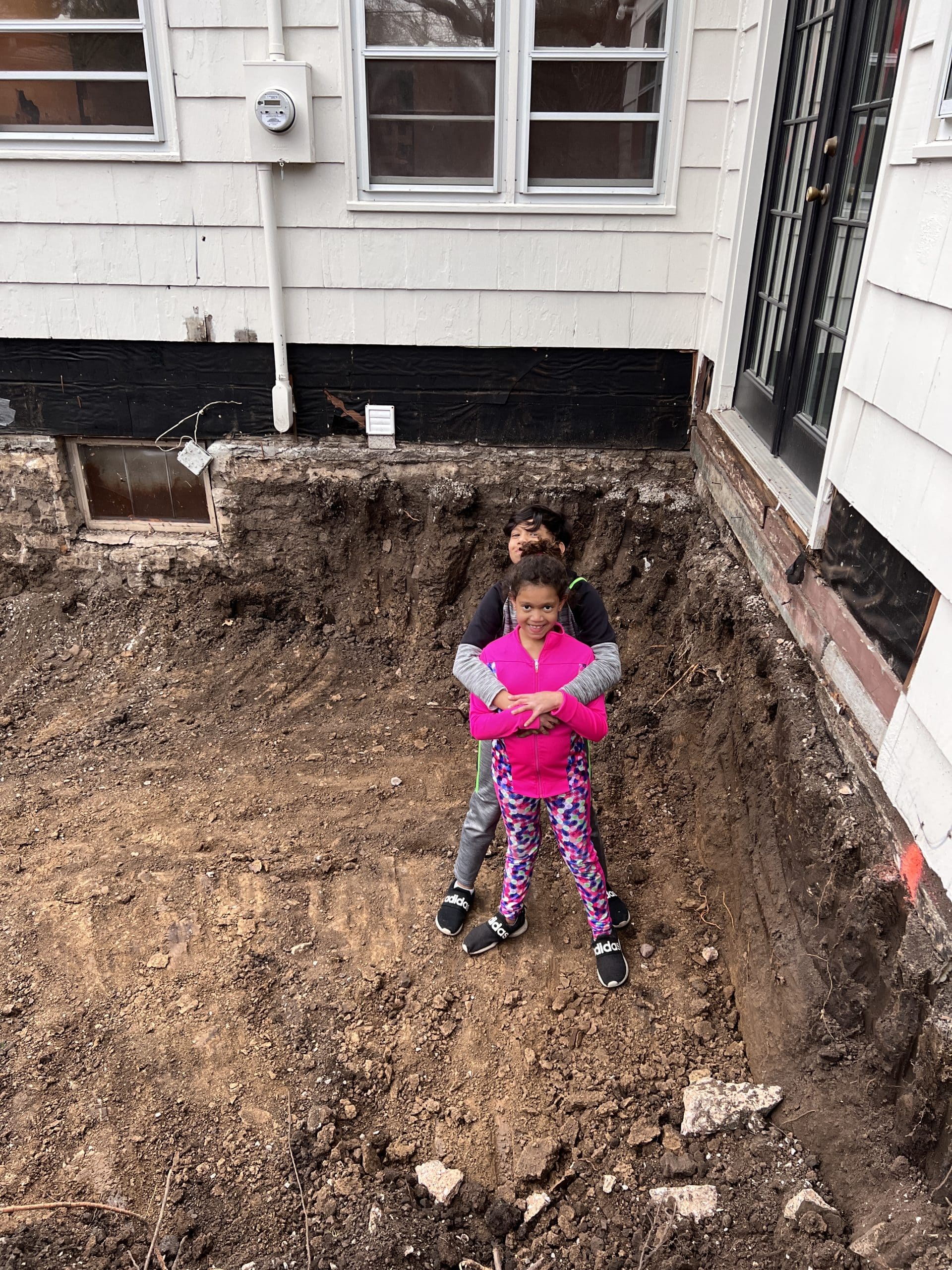 Professional Concrete Services first poured the footing and let it set a few days. They then set up the cement frames. Their team poured the concrete into the frames using a cement buggy. After a few days of curing, they took the frames off and waterproofed the foundation. 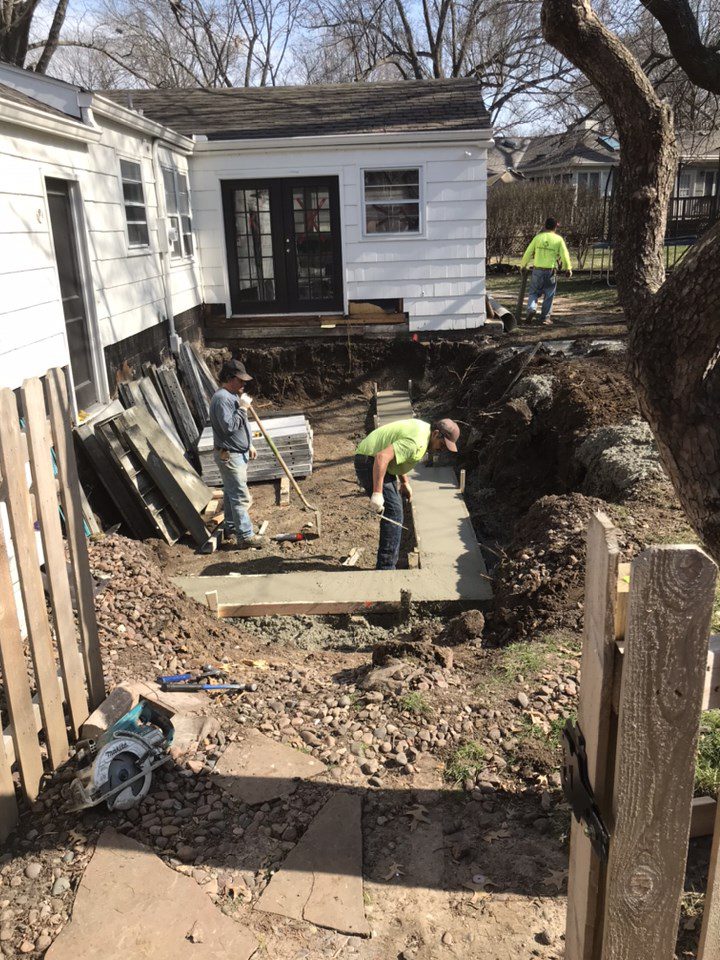 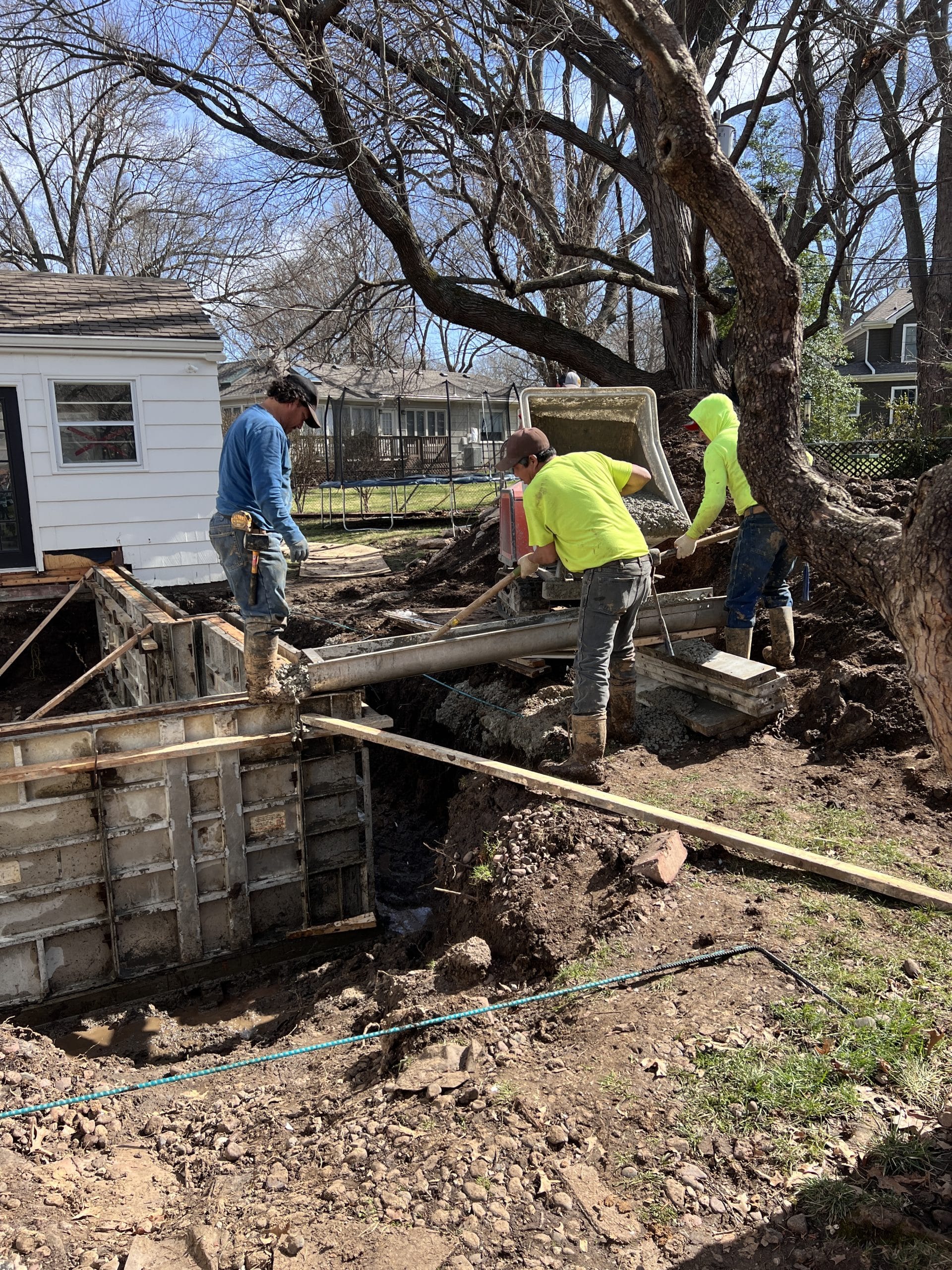 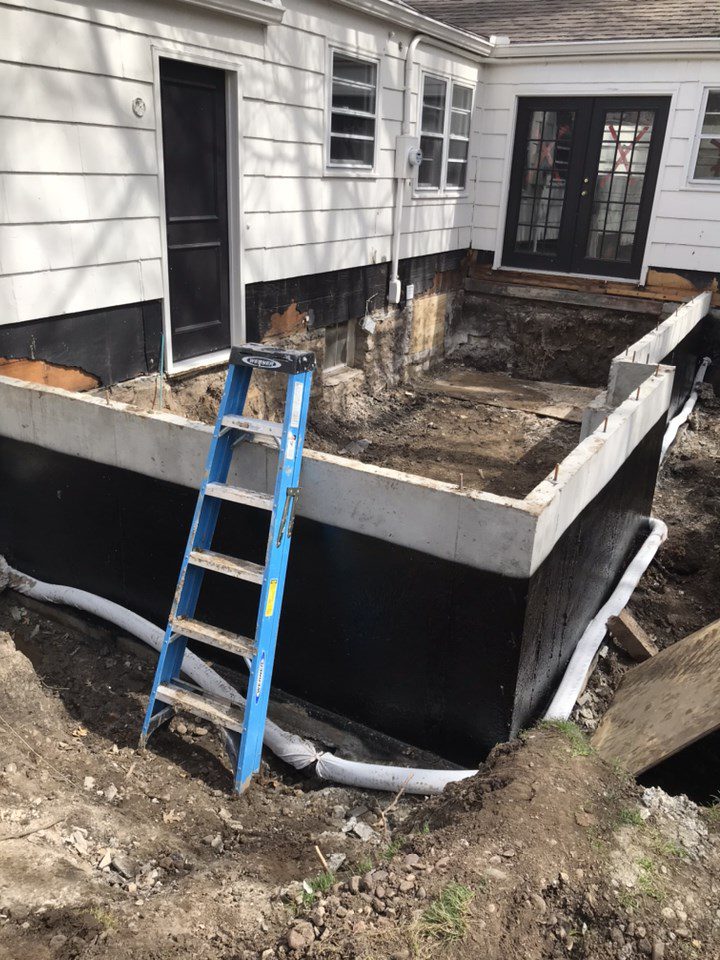 KC Coring cut an egress into our 20-inch stone foundation for accessing the new foundation through the basement. No this isn’t a typical basement, we’re just special. Once the foundation had properly cured for a few weeks they backfilled the soil around the foundation. They then added a plastic vapor barrier and covered it with gravel. This will prevent moisture from the ground from coming up into the space and your home. We also installed a sump pump in the corner of this space. 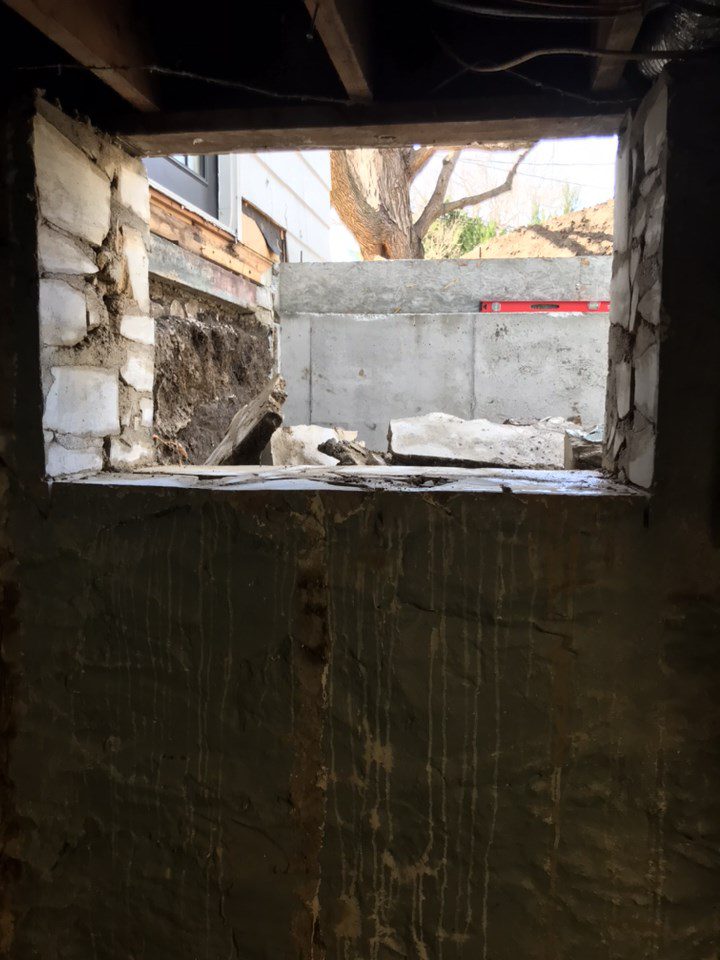 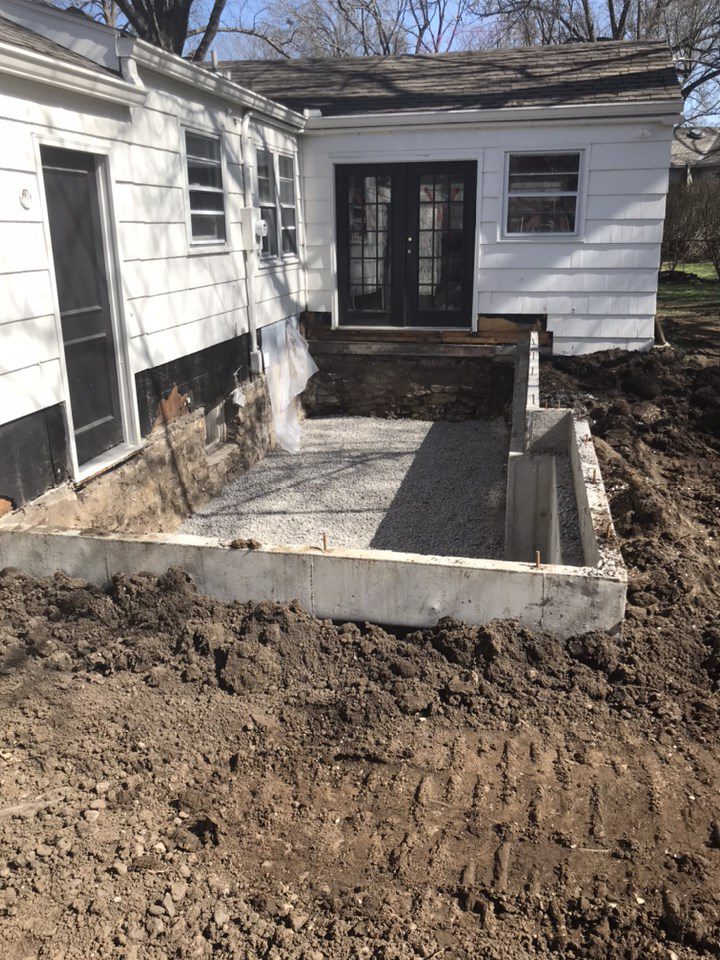 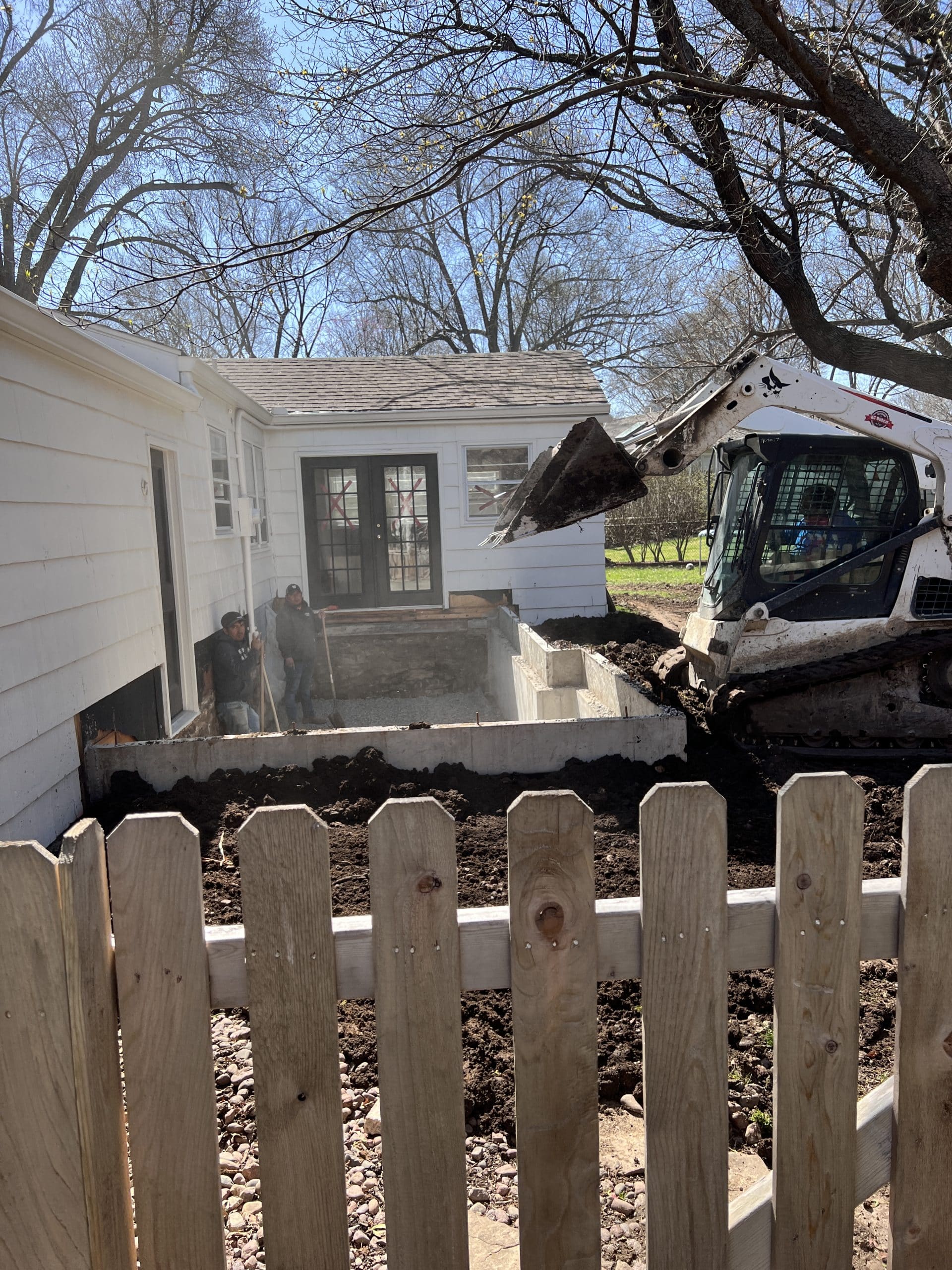 Next was the part I was so excited for, framing! McCray Lumber dropped off all our lumber and supplies. Then we were lucky to have the super talented Schelp Construction do our framing. Our project lead James and the owner Matt had our addition rocking and rolling in no time. 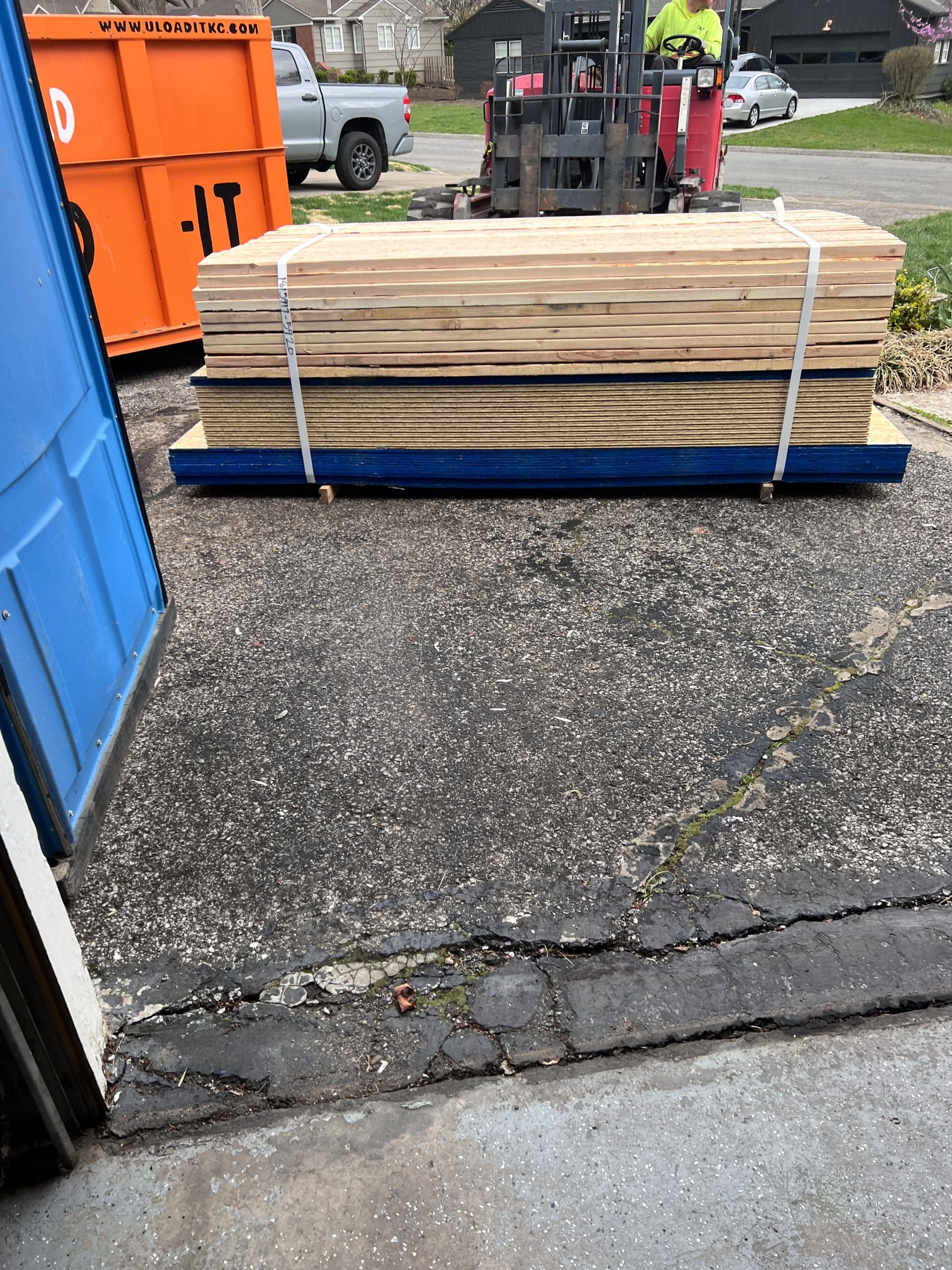 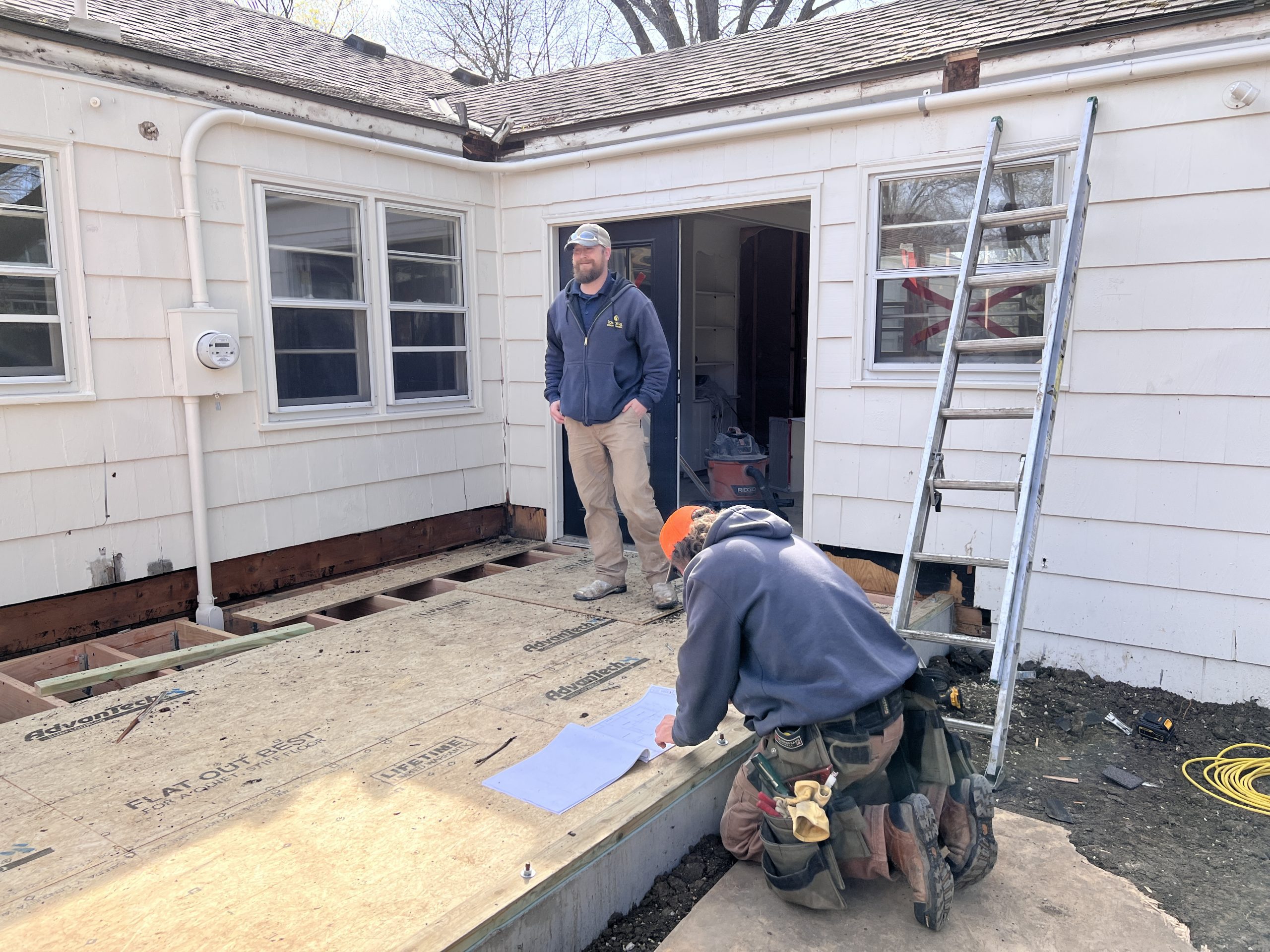 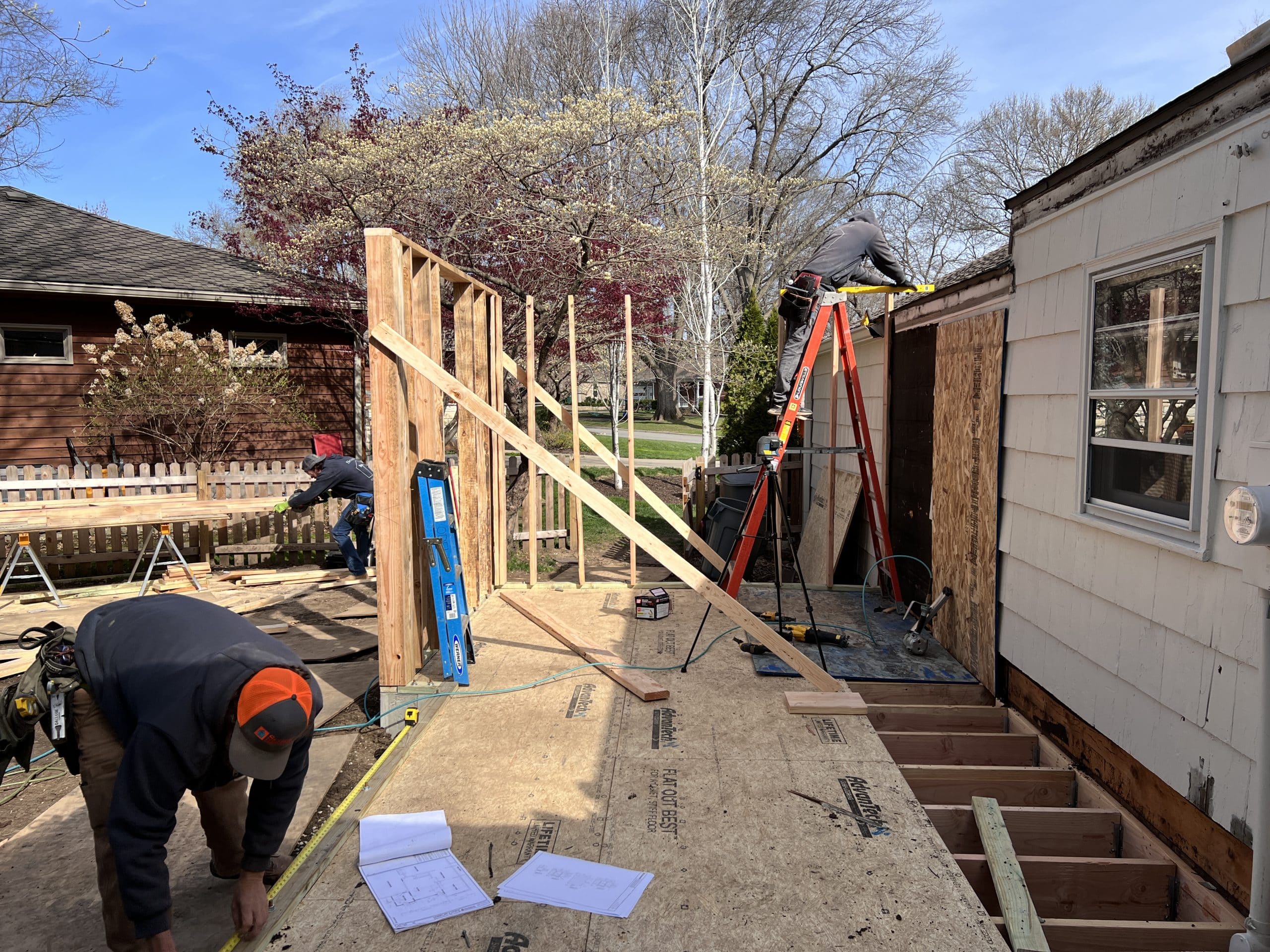 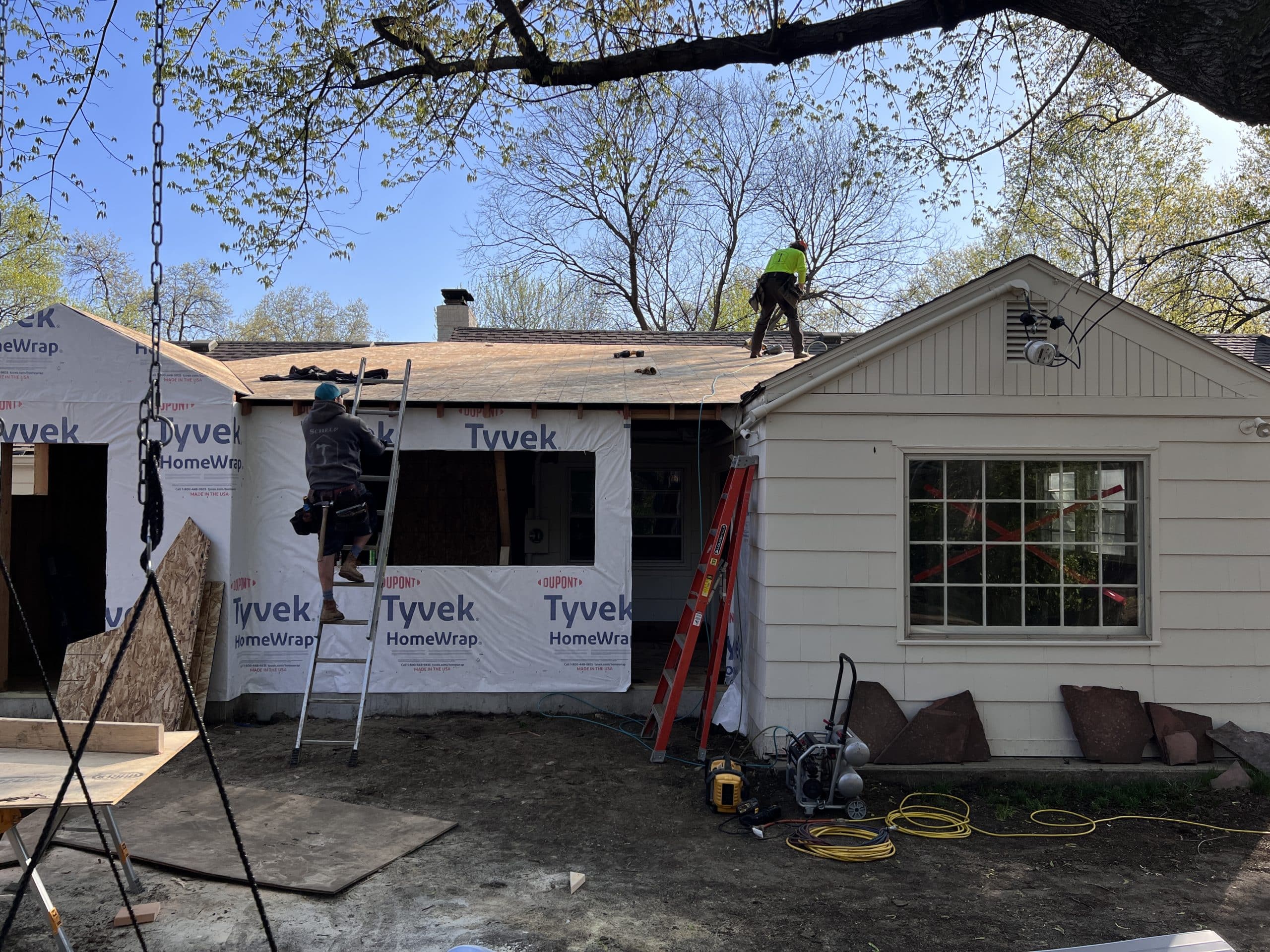 Once they had the addition dried in, they started the framing on the inside. That included removing our old exterior wall. We could finally get a feel for the size of our new kitchen! Unfortunately, the meter would stay there a bit longer. Moving and burying our electrical wire took longer than I had realized. The process involves an excavator, electrician, and the utility company. They all have a piece then pass it along. The back and forth can take longer than you might anticipate. Ryan and Joe did a great job managing what can be a difficult process. 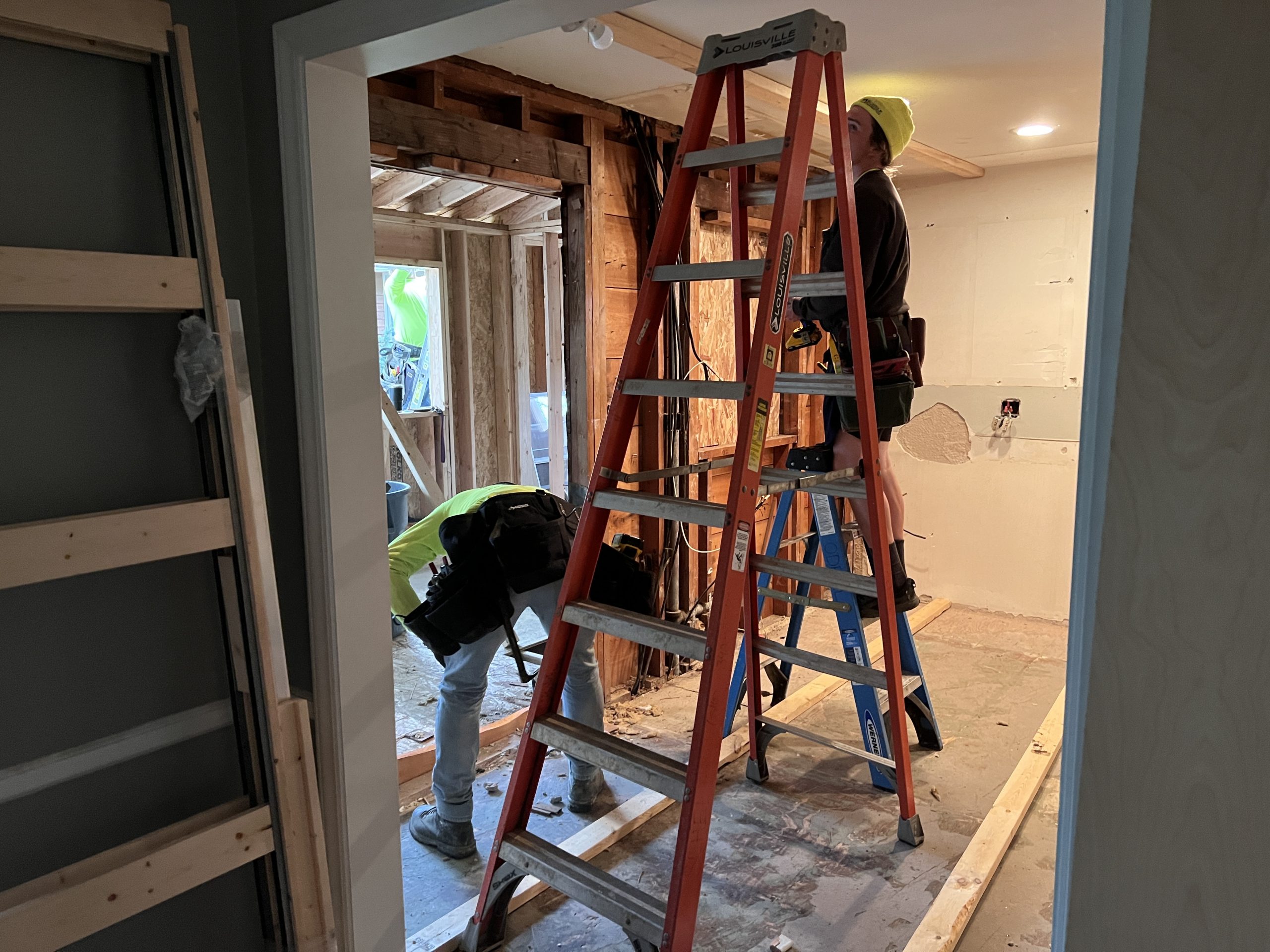 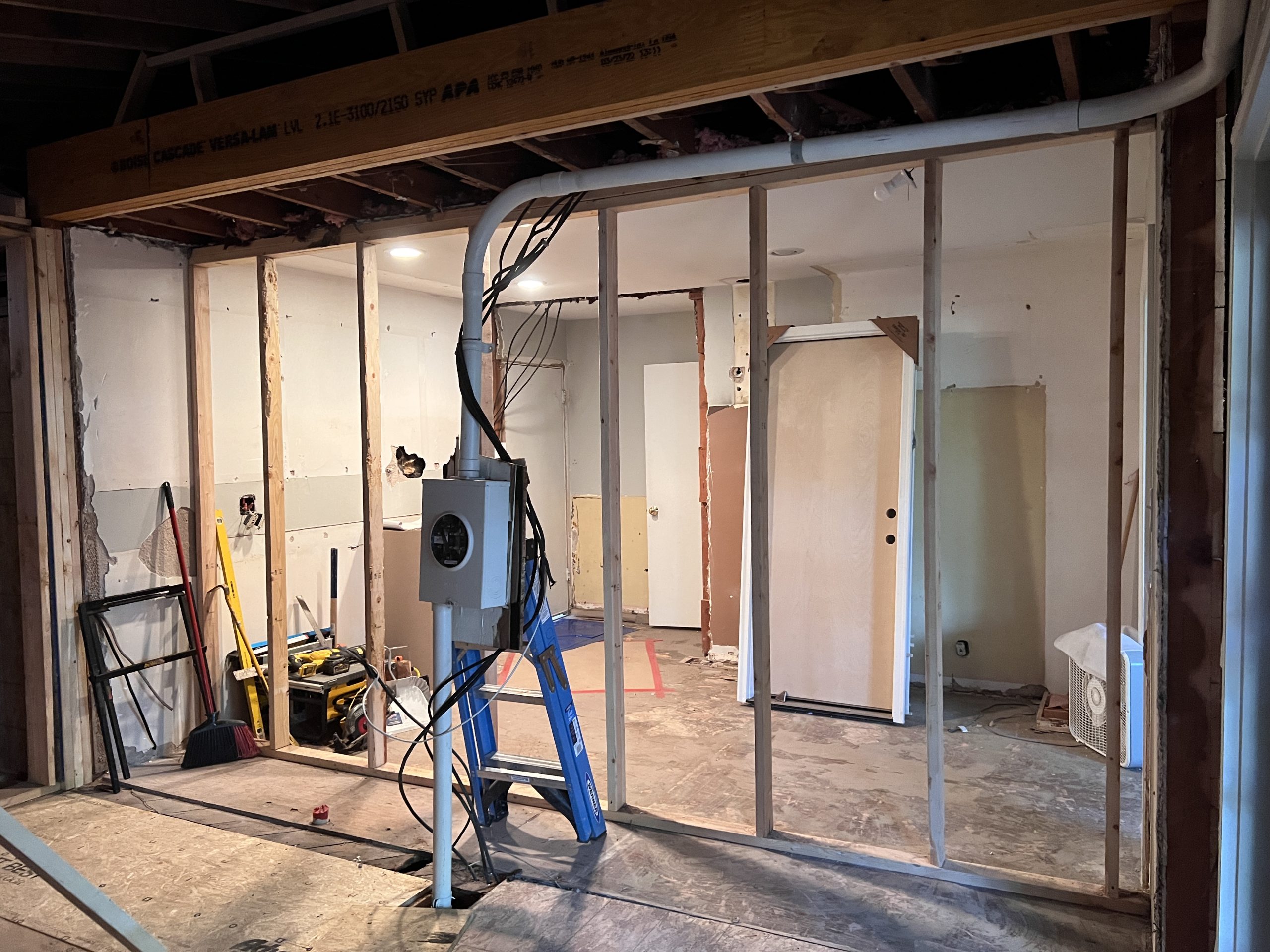 Nina Schmidt providing the ultimate client experience during one of our weekly ‘rainy’ meetings. 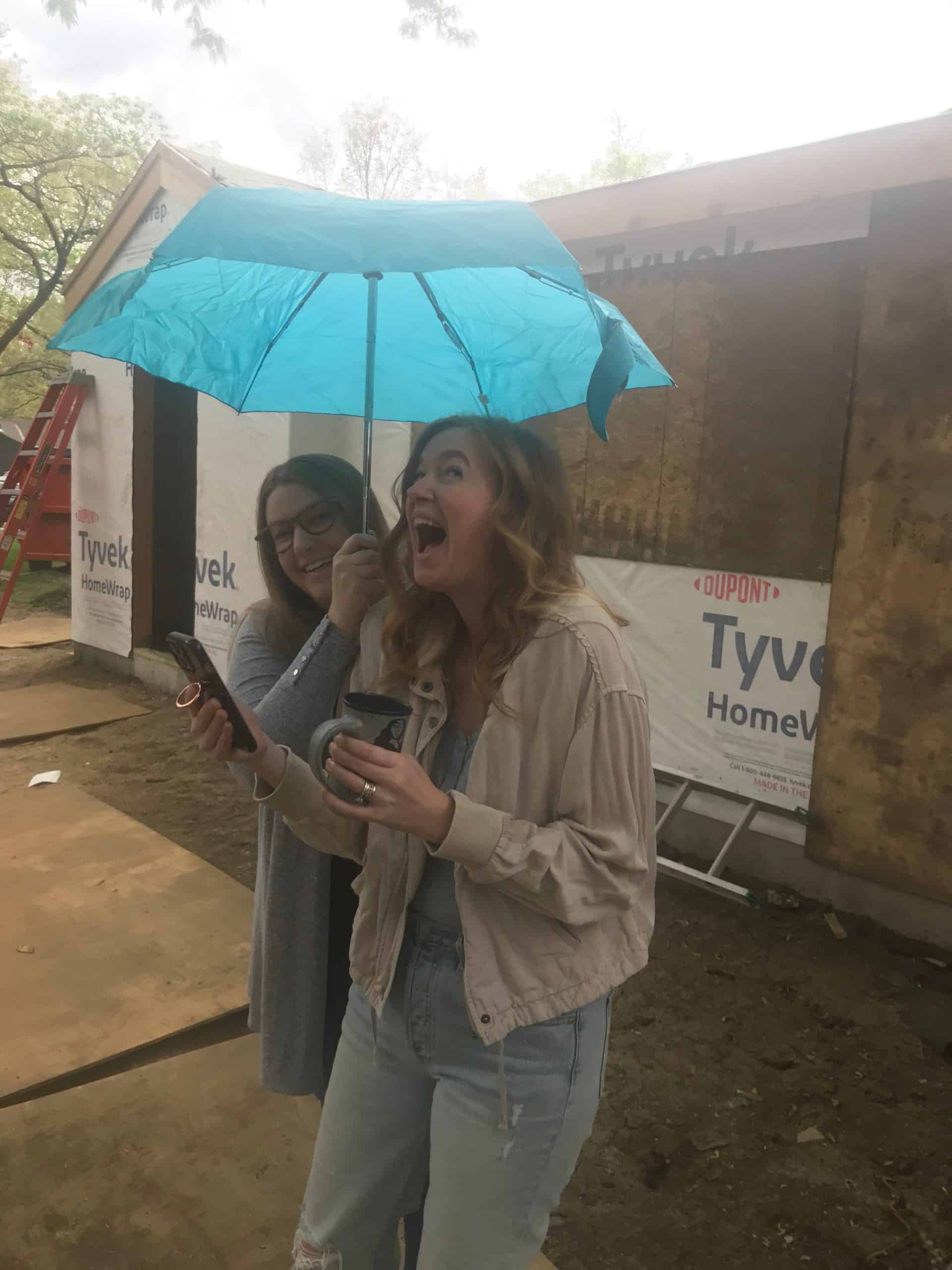 With the addition completely framed Vaught Roofing came out and finished the roof. They did a fantastic job and you can hardly tell where old shingles stop and new shingles start. 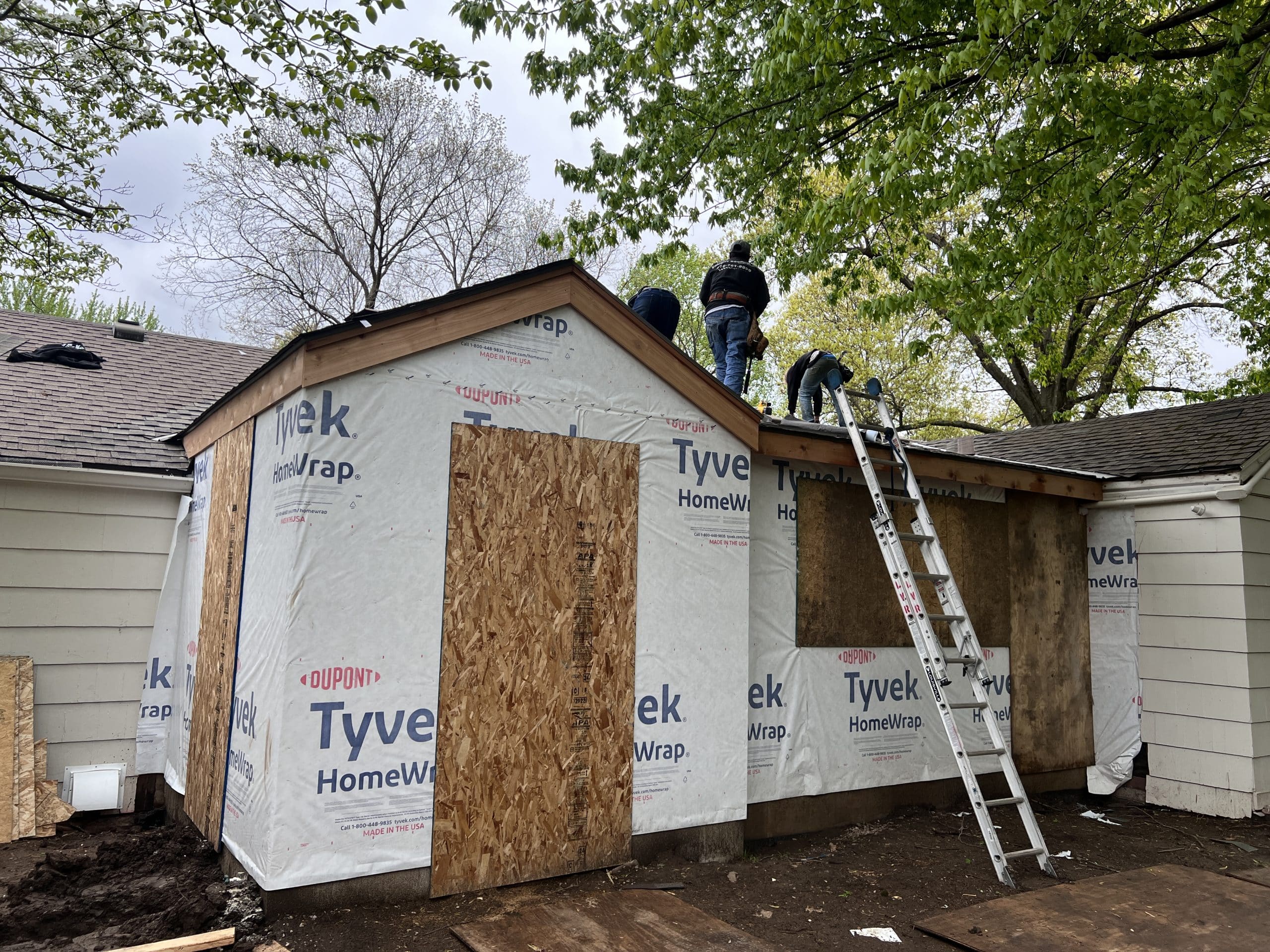 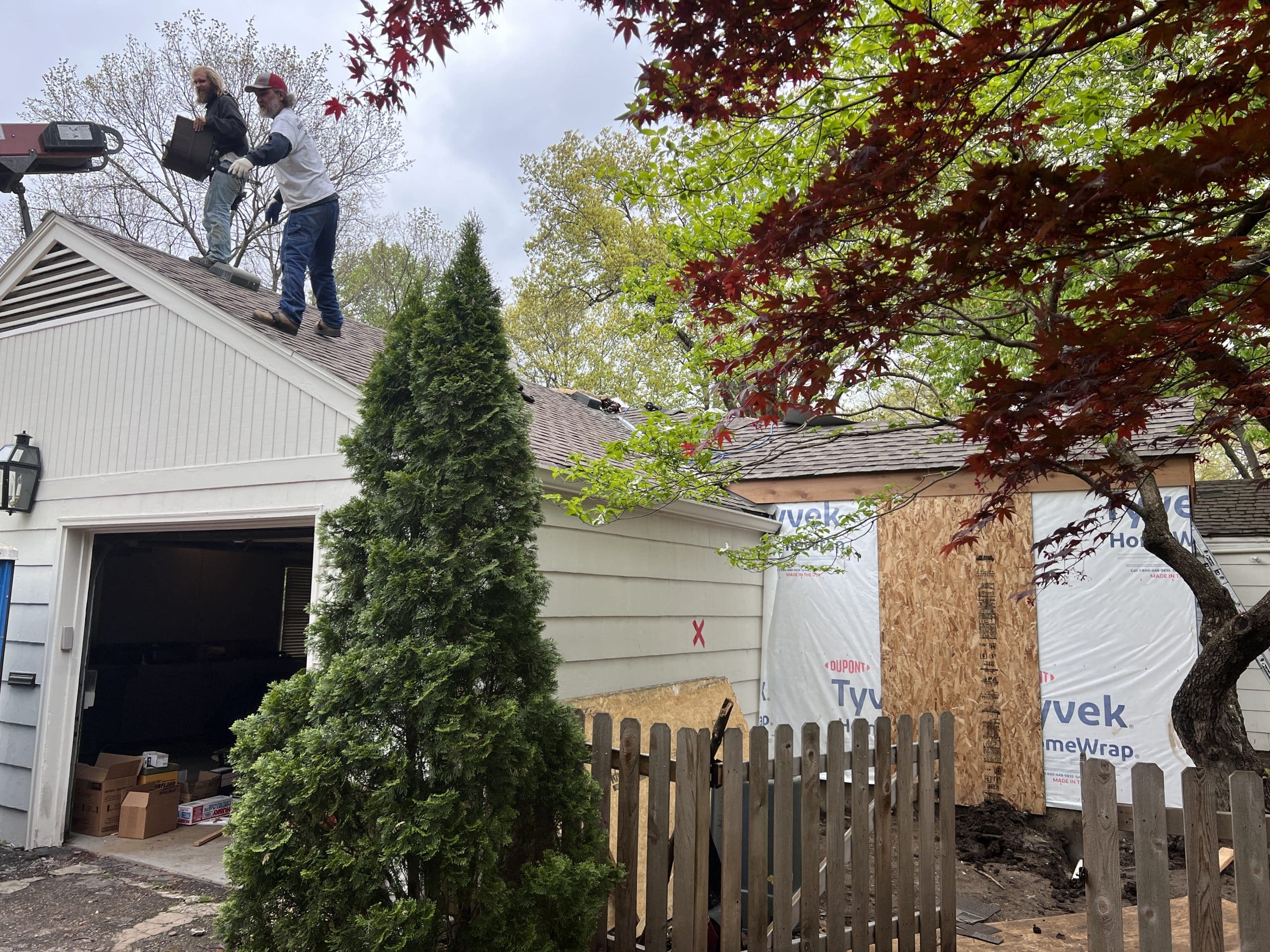