It feels strange to say this is the Big Splash reveal from last year’s recipient given we’re about to kick off 2022’s Big Splash, nonetheless, we’re excited to share it! This year’s Big Splash bathroom giveaway proved to be quite a challenge. In addition to a home filled with seven children, their mother, and other caregivers their home had many surprises. Some of those were anticipated, others not as much. Let’s start at the beginning.

Linda Wagar, of Fox Problem Solvers, put together this beautiful piece on the family.

Late last year we announced Macy Enderle and her family as our 2021 Big Splash recipient. Macy has spent her eleven years overcoming obstacles most of us can’t fathom. She was placed with Erica Enderle when she was 4 months old. Erica knew she was meant to be Macy’s mother. She immediately worked towards adopting her and the process was completed when Macy was 2.  Macy has Cerebral Palsy, Epilepsy, Cortical Visual Impairment, and GERD. In 2019 she developed GI issues requiring a g-tube and central line for nutrition. 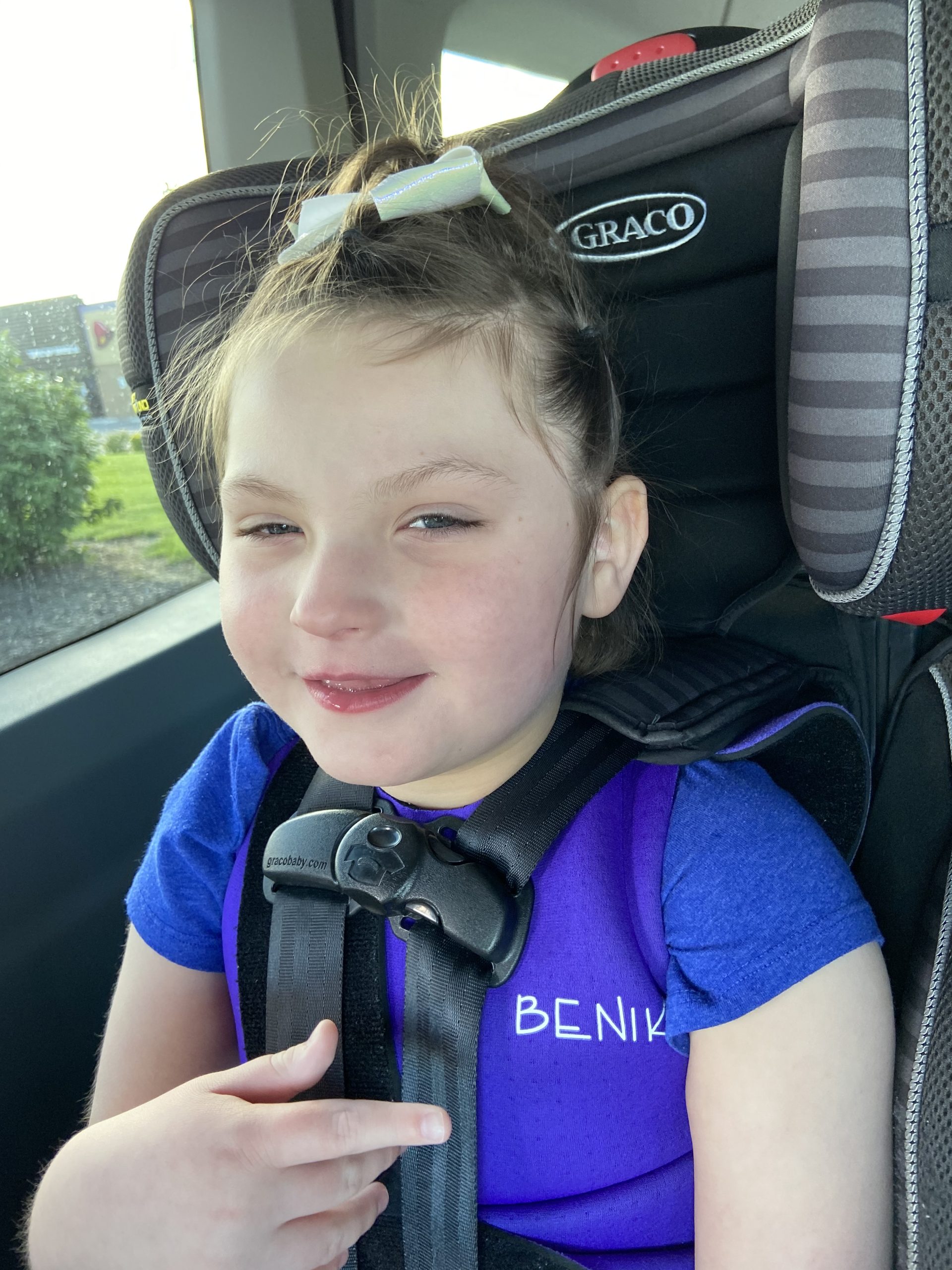 Macy also has six siblings most of them with their own unique disabilities. We knew a new bathroom in the Enderle home would have a huge impact. 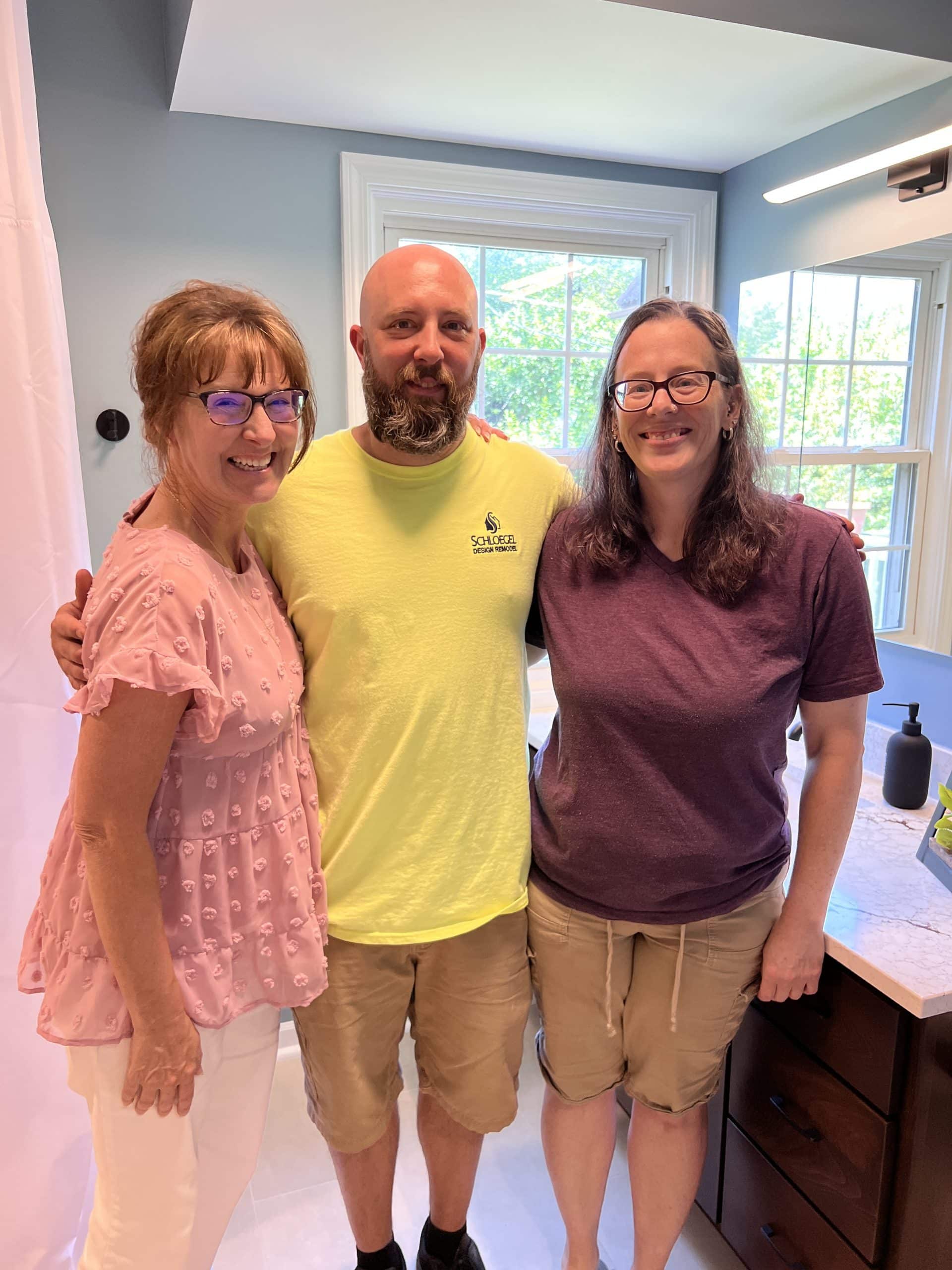 Once we started working with Erica, Macy’s mom, we immediately saw doing just the main level bathroom would prove a challenge. Their 2nd, upstairs, bathroom was in disrepair and would not serve their family well during the large remodel of their main level bath. Kelly Summers pitched her idea to our owners Chris Peterson and Charlie Schloegel and they determined we would need to remodel both bathrooms. We’d start with the upstairs bathroom and completely finish it before starting on the next.

Additionally, Kelly found several other issues. The first and obvious being the wiring in the home. It hadn’t been done correctly and was a hazard. We could NOT do a remodel and leave the home wired as it was. Jason Wright of Jason Wright Electric stepped up in a big way and volunteered his crew and resources to rewire the entire home!

Kelly also knew we couldn’t leave the hardwoods on the main floor as they were. She put in a call to SVB Hardwoods and Steve Brattin graciously donated to repair and refinish the floors. We were concerned about the family being out of their space and shifting their things while the hardwoods were being done. Steve graciously donated a storage pod and our teams collectively helped the family move out what they needed to.

Another glaring home issue presented itself while we were there, the attic had no insulation! This poor family suffered extra heat and cold each season. Mike McConnell an Hayes Insulation graciously donated both time and materials to insulate the entire attic.

Due to long lead times across the industry, we weren’t able to start right away in 2022. We kicked off the project in April.

The amazing, Doug Schauerman took on this large project. At times it was a bit loud and there were many more challenges related to framing and past jobs not done right but he created two stunning bathrooms and made new friends along the way. He may just have been this project’s hero!

Doug however didn’t do this alone; he had the help of some amazing trade partners. The R&S paint crew made sure the space was perfectly finished, even though it meant they had to re-paint along the way. Tile Masters did all the tile in the bathroom and shower.

Thank you to all our fantastic trade partners and suppliers who donated to make this happen!!

We completely overhauled the main floor bathroom. Take a look at the full plan. The only thing that stayed in its existing location was the shower, which we enlarged, and the window. Relocating the vanity and the toilet gave us the room we needed to add a larger entry with a pocket door into the bathroom. The new door location is directly across from Macy’s room so they can wheel her across and into the shower. They no longer need to carry her across or into the tub. A game changer for her caregivers. 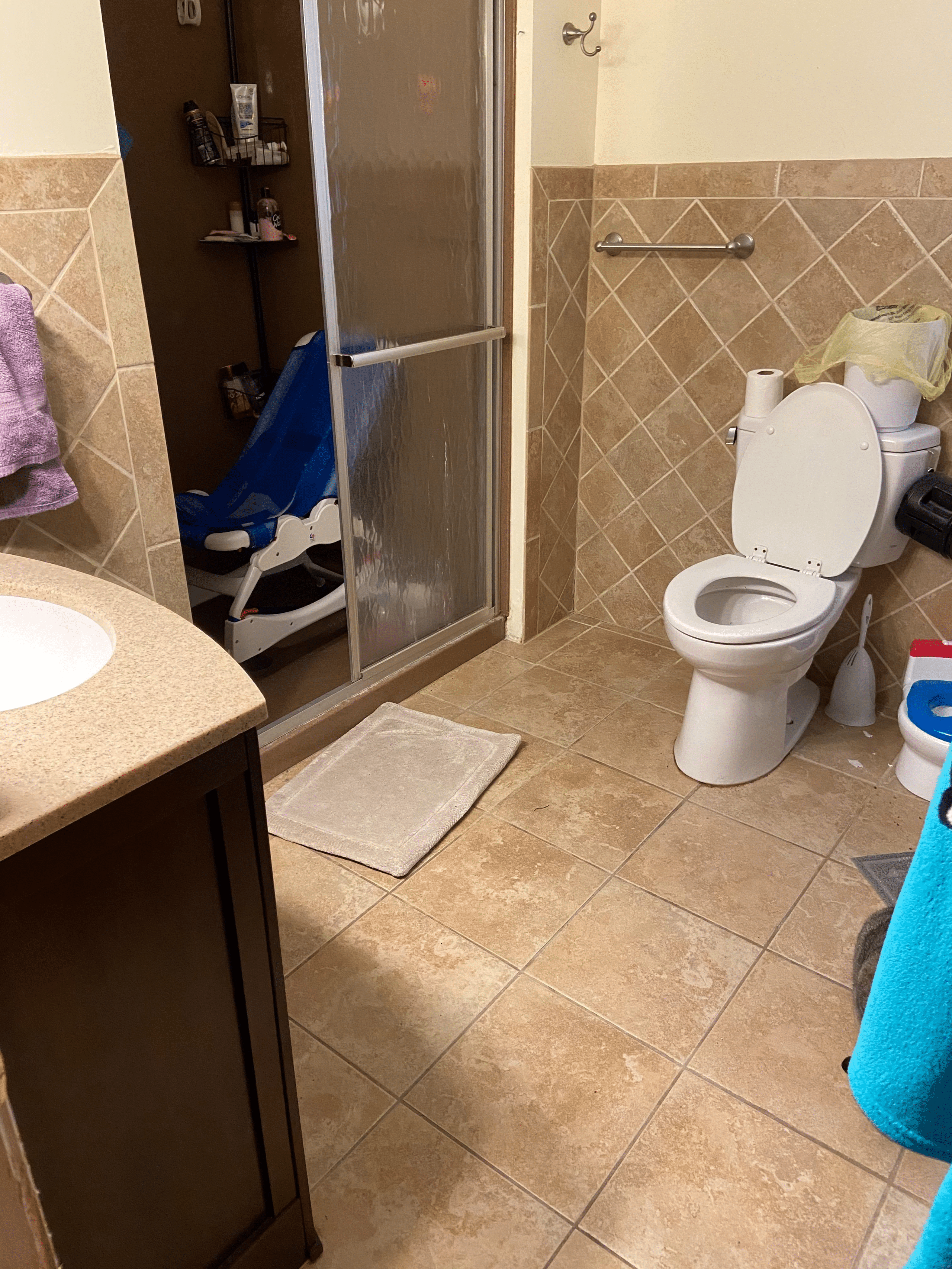 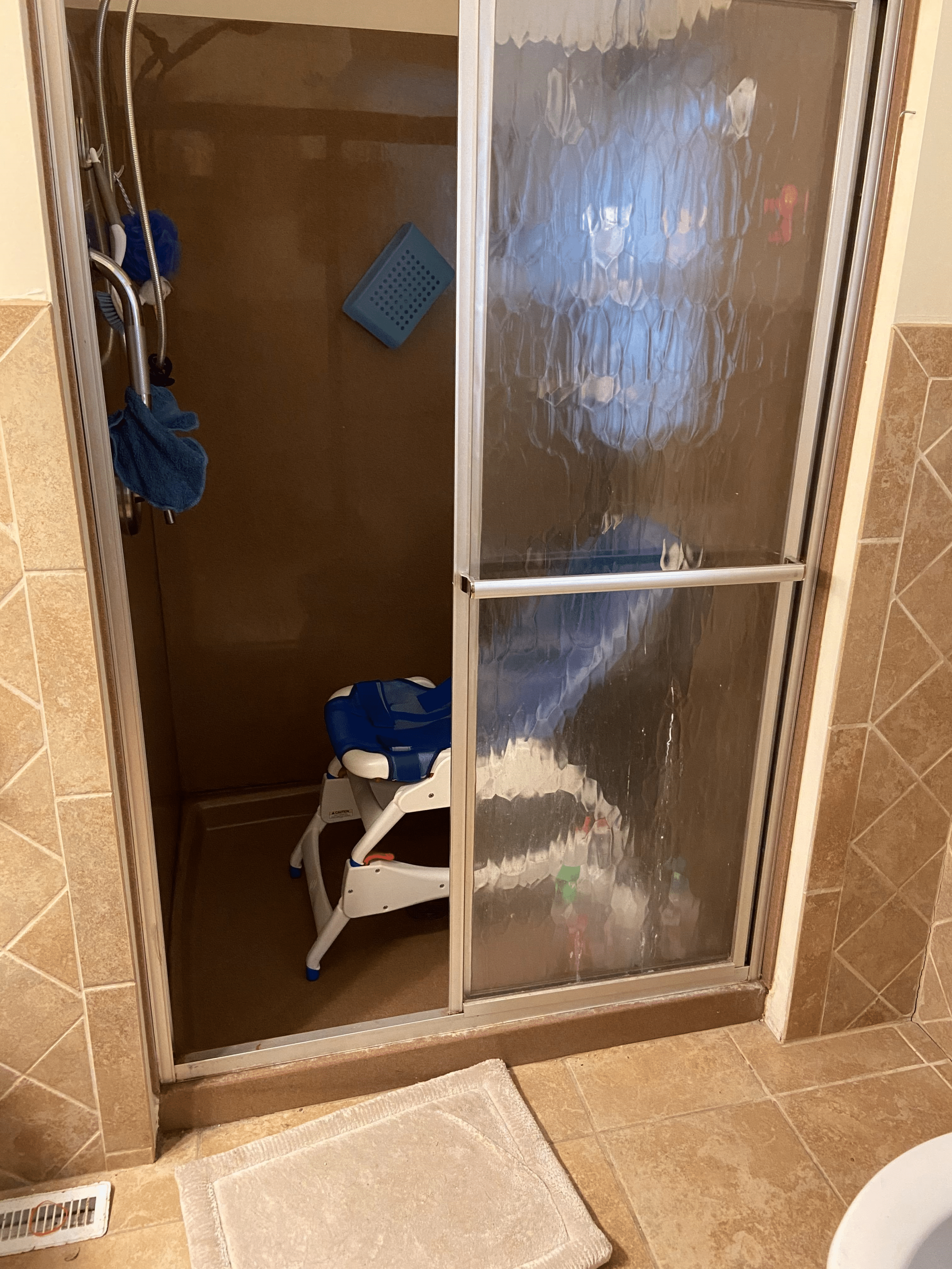 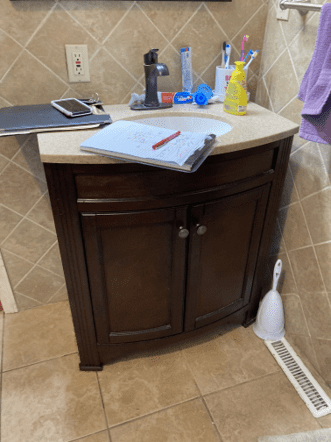 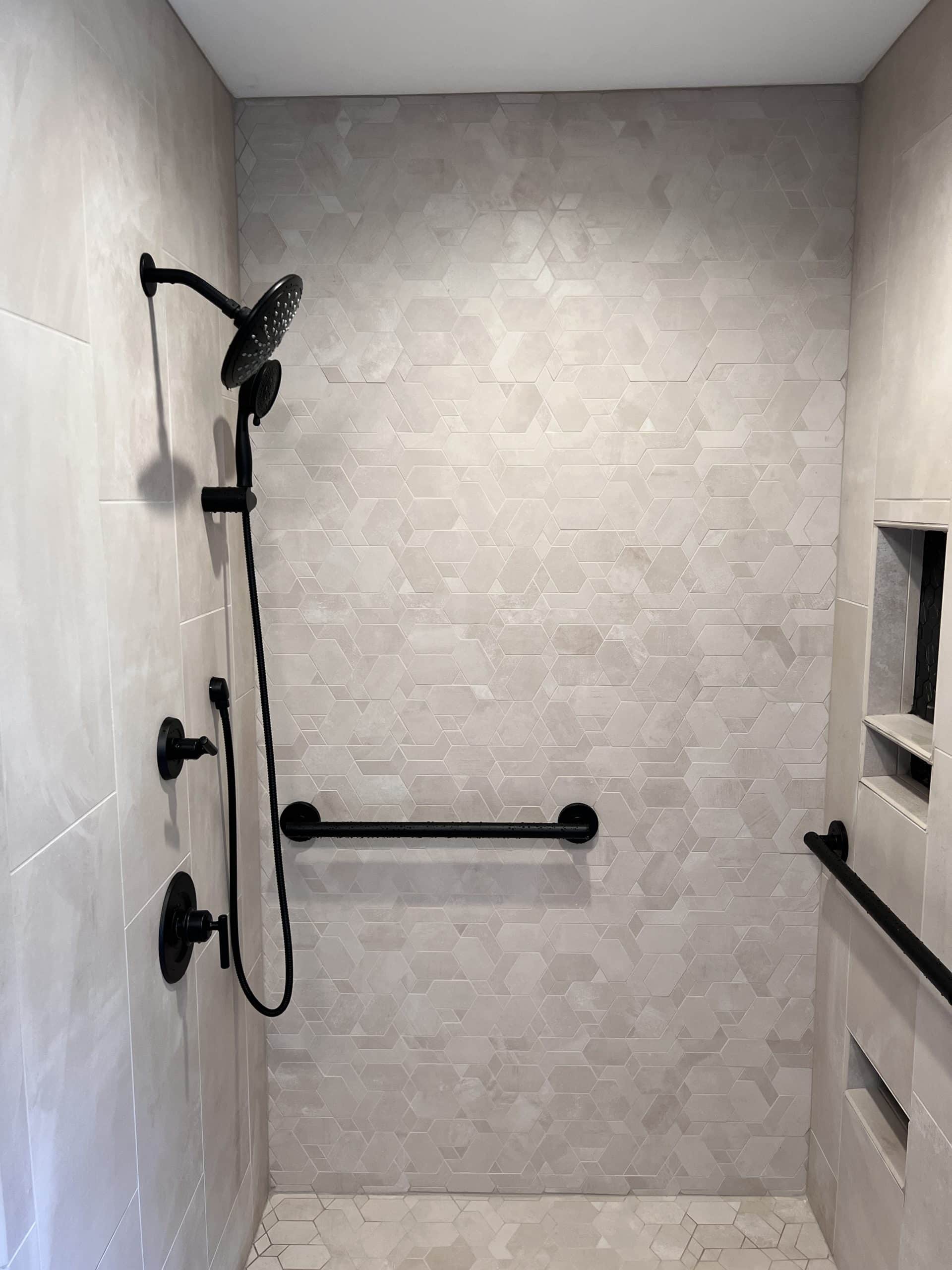 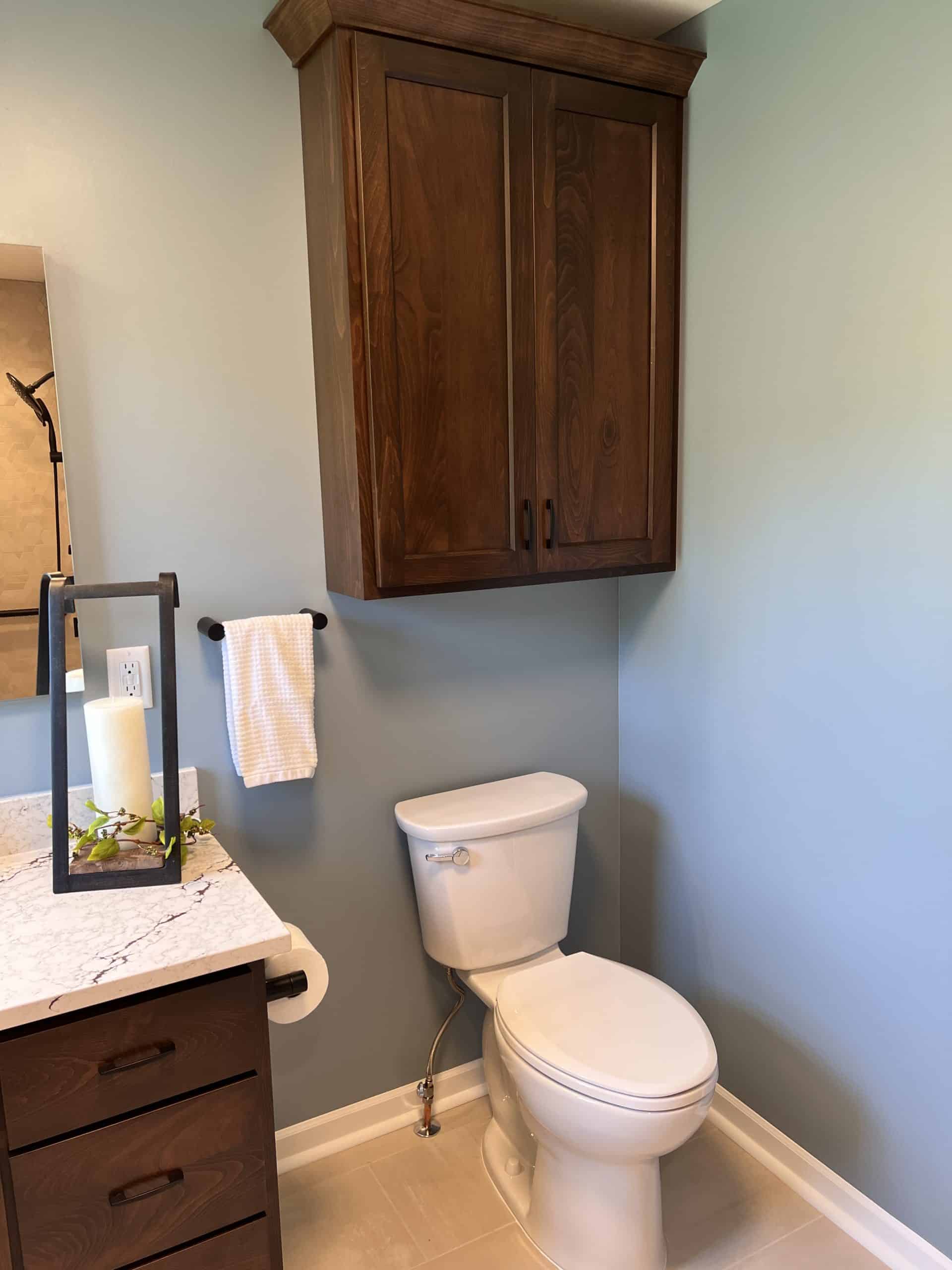 We actually completed this bathroom first so they could use it while their main floor bathroom was under construction. The bathroom square footage is fairly small so a few small changes go a long way. We removed the pedestal sink and linen and replaced it with a narrow vanity and smaller linen. 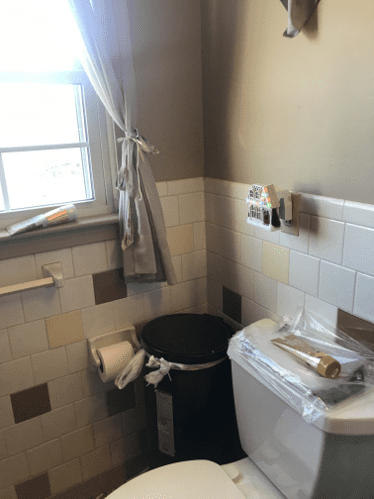 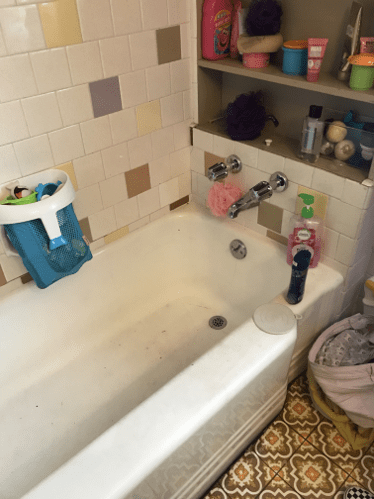 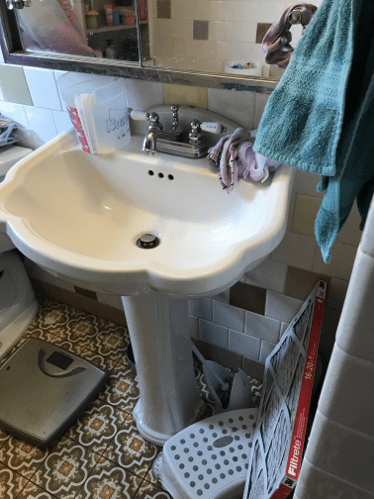 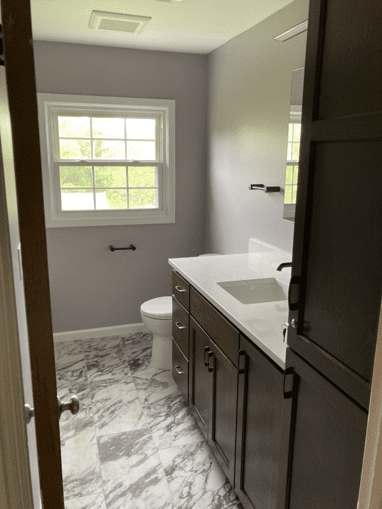 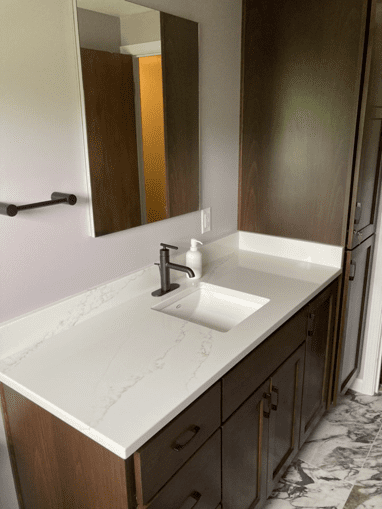 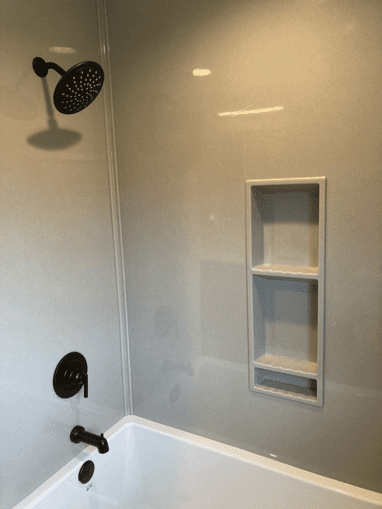 Thank you Enderle family for letting us into your home, we hope you enjoy your new bathrooms. Thank you to everyone who donated time or materials to these projects!!

We'll be kicking off our 2022 Big Splash in October. Please visit our Big Splash page to learn more or nominate a child with special needs.